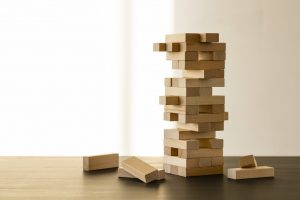 The disease perspective discourages many people from seeking help and implies that addiction is a disease. Suppose you have had a “few too many,” and you have done so a few too many times in recent weeks or months.

Most people, under these circumstances, will realize that a problem could be emerging. The idea that someone has to “hit bottom” before thinking about their addictive behavior is ridiculous!

1) So You Decide to Cut Back (Why Entirely Give up a Good Thing?)

But if you aren’t successful, you might seek outside help. Unfortunately, there is almost no help for you, unless you are willing to say you have a disease! At the early stages of addiction problems, almost everyone could honestly say they don’t have a disease. If the only help available is for those with a disease most people, at the early stages of problems, will pass up getting any help. Unfortunately, a percentage (some, not most) of these individuals will progress to more substantial problems. Early outside help might have prevented that progression.

2) The Disease Perspective is a Burden to Many Individuals Who Seek Treatment.

Suppose you are one of the individuals whose addiction problems have progressed. Your repeated personal attempts to change aren’t working. Even though you may not see yourself as having a disease, you seek help. Instead of focusing on helping you change, the first thing the professionals want you to do is to admit you have a disease. Unfortunately, many individuals leave treatment (either outpatient treatment, or alcohol and drug rehab) because they get tired of fighting about this issue. The reality of addiction treatment is that someone can overcome addiction without ever calling themselves an “addict” or “alcoholic” or stating that they have a disease. What sense does it make to insist on these terms when they are not needed, and the insistence may drive people away?

3) The Disease Perspective Increases The Stigma it is Intended to Diminish.

A necessary first step in stigmatizing a group is to identify them clearly. Because Hitler didn’t want any Jews to go un-noticed he made them wear armbands. People of color are identified by skin color, or else they can “pass” as white. With the labels addict and alcoholic, we create a group some join voluntarily, and others are thrust into. However they get into this group, society can discriminate against them with harsh laws (e.g., the extreme sentences given to some drug offenders) and social disapproval.

4) The disease perspective allows society as a whole to ignore its addiction problems. With 2/3 of the population overeating, it is the most significant addictive behavior in the US today. Overeating will soon prematurely kill more people than any other preventable cause of death. The medical bills brought on by the associated diseases are already enormous. We normally do not discuss overeaters and cocaine users as having any similarities. Yet both respond to cravings (called hunger if food is involved), and both are over-doing it for some combination of seeking pleasure and avoiding pain. The pictures of their brains when indulging might not even be that different. As long as we don’t connect these two behaviors as addictions, the majority (the overeaters) can smugly blame the addicts, and ignore their own behavior. This is classic scapegoating to avoid awareness of one’s own issues. But society would get much greater benefit overall if overeating stopped than if drug use did, simply because there are so many more overeaters than drug users.

5) The Disease Perspective Encourages the Federal Government to Keep Spending.

The Federal government spends millions to find medications to treat or cure the disease, without any hope of success. Fortunately, brain scientists are learning a lot about the brain. Unfortunately, we already have a drug that would cure alcoholism, but not enough people will take it. Antabuse has been around since the mid-20thcentury. If you drink while on Antabuse you get violently ill. Antabuse works for almost everyone, especially if it is taken early in a drinking career. If everyone with drinking problems took Antabuse, our alcohol problems would be almost entirely solved. If people won’t take Antabuse, why would they take a new medication? Addiction problems are fundamentally motivation problems, and therefore not problems medication can fix.

Of course, anyone who chooses to view his or her own addictive behavior as the manifestation of disease is free to do so. However, those who hold this view could stop insisting that others adopt it also, to the benefit of all.