The Roots of Drug Abuse 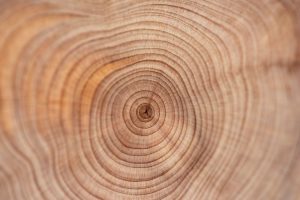 Generalities about people tend to be either trite or misleading.  To risk one anyway, I have acquired the impression that all the people I have worked with, in addiction treatment for severe and persistent drug use, regard the drug (or drugs) as their most dependable and effective source of soothing (calming, relaxing, good feeling, etc.). Let us call such individuals “drug abusers.”  I use the term “drug abuser” in quotes because I do not want to make a caricature of a real person.  In other words, for a “drug abuser,” other people are regarded and experienced as relatively useless for emotional survival in the world (even the person’s partner, if there is one). The “drug abuser” is not choosing the drug over the partner in the sense of a competition in which either party might prevail.  For the drug abuser, there is no competition because there is never any doubt that drugs are more reliable than people.

Choice Determined by the Possibilities

The “drug abuser” has acquired this preference honestly, based on personal experience in living.  It is of fundamental importance, at least for a therapeutic attitude, to realize that the “drug abuser” did not acquire the habit of turning to drugs “perversely,” nor is it maintained “perversely.” To draw upon an existential saying (I encountered this saying in an existentially-oriented treatise on criminality), “choice is determined by the possibilities you can see.”  The emphasis here is on you can see, not what someone else can see.  The “drug abuser” makes the best choice from the choices that are seen. There is no point in choosing something useless (just say no, take a walk in the park, unburden yourself to your spouse, etc.).  What is pushing the “drug abuser” to use drugs is, to put it simply, emotional pain and emptiness (“drug abusers” frequently say “boredom”) that just will not go away.  This brings me to the “drug abuser’s” personal history—the growing up history, the personal history in the family.

The Past and The Present

Conventional discussion distinguishes between the present and the past, with the emphasis that the past is gone and should not influence the present.  A simple examination will reveal that this idea is not sensible. For example, in and around 2008 the economy was relearning why all those limiting financial regulations were established by the federal government in the first place.  The chronological past should be distinguished from the emotional or psychological past.  I am inclined to agree with the novelist William Faulkner’s comment about the emotional and psychological past: “The past isn’t dead, it isn’t even the past.”  The point is that emotionally significant experiences do not pass out of existence as time goes by as far as the experiencing person is concerned (think of holding a grudge, even if you think holding a grudge is indefensible).  Typically it is someone else who thinks that an individual’s personal experiences should pass out of existence (or be forgotten, forgiven, understood, put it in perspective, etc.), rather than ourselves.

The roots of drug abuse: pain, emptiness, and the basic distrust and lack of use for other people when it comes to ameliorating pain and emptiness, derives from actual experiences in life, and especially in the family, growing up.  In the worst-case scenario, the person did not even have a family in the usual sense growing up.

When I see a “drug abuser” in addiction treatment my primary concern is to help the individual understand how the past remains in the present via the roots of drug abuse and to consider how that past and present might be changed, to end the costs that arise when drugs are used to solve emotional problems.