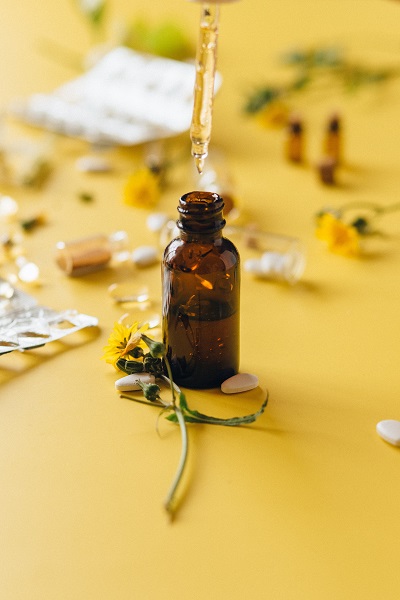 Daidzin, a compound found in the kudzu vine, interferes with the metabolization of alcohol and produces effects similar to those of the anti-drinking drug Antabuse. Dr. Ting-Kai Li of Duke University and Dr. Ivan Diamond of the University of California in San Francisco believe that they have discovered a synthetic version of daidzin that reduces alcohol cravings by preventing alcohol from increasing dopamine levels in the brain. Daidzin and synthetic daidzin (known as CVT-1-216) may prove useful in alcohol treatment.

You may also be interested in: Herbal Remedies and Acupuncture for Addiction Recovery

Harvard researchers first discovered the anti-drinking effects of the kudzu extract in 2005. Previous studies had shown that kudzu extracts reduced alcohol drinking in rats and hamsters. In this study, researchers tested the effect of kudzu extract on drinking by humans in a naturalistic setting.

Heavy drinkers, both male and female, were given either a placebo or kudzu extract for 7 days. They were then given the opportunity to drink the beer of their choice in a naturalistic laboratory setting. Researchers monitored drinking behavior with a digital scale located in the top of an end table. This allowed them to measure the rate of drinking as well as the volume of sips.

Currently, commonly prescribed anti-drinking drugs such as disulfiram (Antabuse), naltrexone (Revia and Vivitrol), and acamprosate (Campral), cause several side effects. For example, drowsiness and headaches are common side effects of Antabuse. Studies of daidzin may lead to an anti-drinking drug for alcohol treatment that causes fewer side effects.

Furthermore, Diamond and Li say that their study, which will be published in the November, 2009, issue of Alcoholism: Clinical and Experimental Research, concluded that CVT-1-216 decreased the urge to drink. They found the drug prevents the typical increase in episodic drinking after five days of abstinence. This drug may be better tolerated than Antabuse.

Dr. Diamond offered an interesting prediction during an interview: “Physicians treat medical disorders in order to prevent harm, while not necessarily curing the disease being treated. For example, drug treatment of hypertension, statins for high cholesterol, insulin for diabetes and the same will become true for treating alcoholism.”

In the future, medications may reduce the harms associated with excessive drinking. However, the root problems of alcohol use disorders will remain fundamentally psychological in nature.  Individuals in alcohol treatment, alcohol rehab programs, or in long-term recovery may benefit from medication use, but they will still have much psychological work to do!

If you are interested in alternative approaches to recovery, we can help. Reach out today!