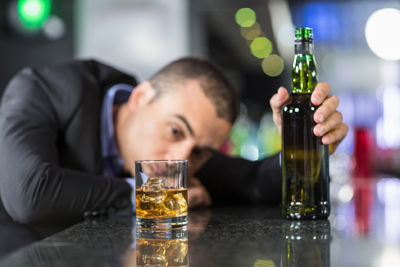 If you are aiming to establish an alcohol recovery by moderating alcohol as opposed to abstaining from alcohol, you may be tempted to believe that as long as you do not binge drink you will not experience any major negative health consequences.  Although binge drinking is clearly risky, the study reported on in this article found that daily drinking that was heavy (but not at binge levels) also can lead to liver disease.  There are other risks to consider also.  Although some studies suggest that moderate consumption of alcohol may offer cardiovascular benefits, other studies have found that regular drinking increases the risk of diseases such as cancer and liver disease.

Is binge drinking causing problems in your life? We can help.

The Relationship Between Drinking and Liver Disease

This study, out of the University of Southampton, examined the relationship between drinking patterns and alcohol-related liver disease (ALD) in the UK.  Alcohol consumption doubled between 1960 and 2002 in the UK.  Deaths from liver disease increased eight-fold since the 1970s in England. The researchers conclude that increases in liver deaths are a result of daily or near-daily heavy drinking, rather than episodic or binge drinking. The researchers also found that this regular drinking pattern is often apparent at an early age. They recommend several alcohol-free days a week as a healthier drinking pattern.

The study looked at 234 subjects with liver disease. Data was collected by medical students through face-to-face interviews, drinking diaries, ratings of the severity of alcohol dependence, lifetime drinking history, liver assessments, and scores on the AUDIT (Alcohol Use Disorders Identification Test). Of the 234 subjects, 106 had ALD, and 71 percent of ALD patients drank on a daily basis. Of the ALD patients, 80 percent had evidence of cirrhosis. Liver disease patients who did not show signs of cirrhosis tended to drink only sparingly. Only 10 of these patients drank moderately on four or more days each week.  These findings suggest that daily drinking is a major contribution to liver disease. The study also examined lifetime drinking histories and found that ALD patients started drinking at significantly younger ages (with an average age of 15) and had significantly more drinking days and units of alcohol.

In an interview about the study, Dr. Nick Sheron, a consultant hepatologist and professor at the University of Southampton, and the lead author of the study, said “if we are to turn the tide of liver deaths, then along with an overall reduction in alcohol consumption – which means tackling cheap booze and unregulated marketing – we need to find a way to identify those people who are most likely to develop alcohol-related illnesses at a much earlier stage, and perhaps we need to pay as much attention to the frequency of drinking occasions as we do to binge drinking. The transition from a late teenage and early 20s binge drinking pattern to a more frequent pattern of increased intake may prove to be a useful point of intervention in the future, and the importance of three alcohol-free days each week should receive more prominence.”

This study shows that long-term daily drinking, as opposed to weekly binge drinking, is by far a bigger risk factor for developing ALD. Based on the results of this study, a daily drinker would decrease his or her risk of liver disease by adhering to a goal of at least three alcohol-free days each week. Of course, the risk of ALD would continue to drop with further decreases in alcohol consumption. Abstinence, as the safest choice, will not increase the risk of developing alcohol-related liver disease. When designing one’s own approach to alcohol recovery, these findings merit careful consideration.

Are you or someone you love struggling with heavy drinking? Our gentle, non 12 step approach to treatment can help you get back on track. Call us today!