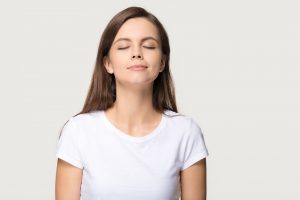 Olfaction — the sense of smell — not only allows individuals to stop and smell the roses but also saves lives. Olfaction, for instance, might alert one to an unsafe food product or smoke from a fire. Unfortunately, an individual in alcohol recovery might not be awakened by the odor of smoke. Several previous studies have suggested that chronic alcohol use may damage olfactory function, but little is known about how this occurs. Previous studies indicate that alcohol-dependent individuals have impaired olfactory sensitivity, discrimination, and identification abilities. Researchers at the Medical University Innsbruck, Austria, examined olfactory function with regard to immediate, perception-driven odor associations (Rupp et. al., 2004).

The results show that alcohol-dependent individuals exhibited impaired edibility judgments and lower scores in odor familiarity compared to controls. Impairments were observed independently of age, gender, general mental abilities, and length of abstinence and could not be attributed to smoking or impaired olfactory sensitivity. Oddly, there were no differences between alcohol-dependent individuals and the control group for odor intensity and pleasantness judgments. This study extends previous research which suggests that chronic alcohol consumption is related to olfactory deficits; specifically, this study found evidence of impairments in odor familiarity and edibility in alcohol-dependent individuals. Future studies might measure whether olfactory impairments improve over time with long periods of sobriety in alcohol recovery.

This research is important for other alcohol researchers who may employ odor-based alcohol cues. Such cues may not be effective among a group of alcohol dependent individuals with olfactory impairments, as the researchers point out: “The finding of impaired odor familiarity and edibility judgments in alcohol-dependent patients strengthens our previous suggestion that the use of olfactory cues in alcohol research, which are commonly used in alcohol craving research, may compromise the interpretation of psychometric as well as functional neuroimaging data. This notion is further reinforced by considering that for nearly half of the patients the odor of beer, presented without any other cue (e.g. visual), was not even a familiar odor. While pleasantness judgments were not observed to be different between patients and controls, only five patients judged the odor of beer as something edible with both nostrils. Future research using olfactory stimuli therefore needs to consider that patients with chronic alcoholism have various distinct deficits in olfactory processing and that neural olfactory networks may be compromised.”