Cannabis-Induced Psychosis is No Reason to Keep Pot Illegal 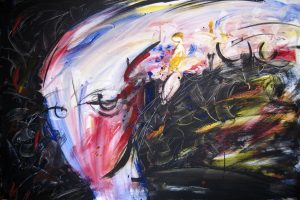 As cannabis crawls toward federal legalization, the 11th hour panic push is in on.  Last week saw the introduction of the Cannabis Administration and Opportunity Act, which seeks to federally legalize cannabis in the U.S.  For those opposed to legalizing cannabis, ‘cannabis-induced psychosis’ and ‘ultra-high potency THC products’ are the buzz words working most effectively to enliven the embers of cultural pot fears.  Cannabis-induced psychosis is something to take seriously, as are ultra-high potency THC products, but neither is a reason to keep pot illegal.

Cannabis-induced psychosis (CIP) refers to an individual experiencing delusions, hallucinations, disorganized speech, or grossly abnormal psychomotor behavior precipitated by cannabis use.  Most commonly, CIP manifests as a sudden onset of mood lability and paranoia.  Because psychotic episodes are a key component of schizophrenia spectrum disorders, it is difficult to distinguish whether CIP catalyzes or causes schizophrenia, so much debate remains as to whether CIP should even be considered a distinct diagnosis.  Regardless, there is a strong, well-established link between cannabis-use and psychotic episodes.  However, the link between cannabis and psychosis does not justify keeping the plant illegal.

Risks rarely warrant prohibition.  There are more risks to alcohol consumption than cannabis. We know how well alcohol prohibition worked.  Many states allow for legal purchase and consumption of ultra-high potency alcohol products like Bacardi 151, moonshine, and everclear.  It is true that ultra-high potency THC products like dabs and waxes are not well-studied and not likely to earn an organic certification any time soon, however, they are popular.  Research may eventually demonstrate that high potency cannabis concentrates correlate with psychosis and other risks more frequently than lower THC concentration products like flower, just like high potency alcohol probably leads to physical dependency and withdrawal more than beer or wine.  However, whether everclear is legal or illegal, people will still make it and drink it.  Whether ultra-high potency cannabis products are legal or illegal, people will still make them and ingest them.  When taxed and regulated, high potency alcohol and cannabis products are safer and risk is reduced.

Stories from family members of loved ones who ingest cannabis and struggle with psychosis are heartbreaking.  Stories of loved ones who lost family members in car accidents are tragic. Neither one is a reason to keep pot illegal, or even driving for that matter.  Just as we aim to make driving safer, legalization aims to make drug use safer.  Cannabis is everywhere, it is the most widely consumed so-called ‘illicit drug’ in the world.  It is important not to lose sight of the number people helped by the medicinal effects of cannabis, which is likely far greater than the number of people who experience lasting negative impact from psychosis induced by ingesting cannabis.  Psychosis is rare, cannabis use is not.

There are positives and negatives to most things, which is why the cost-benefit analysis became a staple of problem solving and decision making.  There are certainly risks to cannabis use, but keeping pot illegal only makes consumption of one of the most popular psychoactive compounds in the world more dangerous.  Legalizing cannabis may indeed result in increased numbers of people who experience psychotic episodes related to cannabis use.  The trade off, however, is that no human will ever be locked in a cage for possessing the plant again in the United States, and millions of Americans will be able to enjoy the benefits of cannabis in a manner consistent with the constitution of our own country.