How the Mind Works

No Need For A Vacation, Your Mind’s Already On One 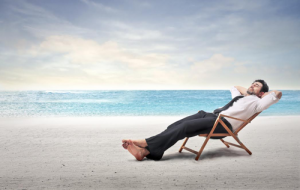 We like to think we are in control, making conscious decisions, and acting of our own free will.   Causes lead to effects, stimuli trigger responses, nature carries on in an orderly fashion.  We are thoughtful, contemplative, questioning beings right?  Wrong.  Much to our chagrin the world makes far less sense than we think, we rarely question ourselves, and the coherence that we experience is mostly a product of how our minds work.

Fascinating research findings continue to challenge our understanding of the world and ourselves.  Nobel Prize winning psychologist Daniel Kahneman (from whom the content of this article is borrowed without permission) breaks the human mind into two systems.  System 1 is quick, instinctive, automatic, and operates with minimal effort, conscious awareness, or voluntary control.  System 1 detects that one object is further away than another, focuses on a sudden sound, completes the phrase “peanut butter and…,” drives a car on an empty road, identifies hostility in a voice, etc.  System 2 directs attention to more effortful mental activities that require concentration and conscious awareness like focusing on the voice of a friend amidst a bustling party, parking in a tight space, completing a tax form, multiplying 14 x 23, etc.

Generally, system 1 and system 2 work well together.  Unfortunately, system 1 has a set of regular errors that it is inclined to make in specified circumstances and system 2 tends to accept information from system 1 even when faulty.  Consider the following puzzle and note your knee-jerk response rather than actually trying to solve it:

The bat costs one dollar more than the ball.

How much does the ball cost?

The natural, knee-jerk, system 1 response is 10 cents.  To arrive at the correct answer system 2 must come online and recognize that 10 cents for the ball would mean that the bat costs $1.10 (a dollar more than the ball).  Ten cents for the ball and $1.10 for the bat equals $1.20, which means the answer of 10 cents doesn’t work.  Then some more complex calculations and focused concentration by system 2 would arrive at the correct answer of 5 cents.

What is surprising about the bat and ball problem is that most people provide the answer of 10 cents, even though arriving at the correct answer requires only a few extra seconds of mental work.  Even at lofty intellectual institutions like Harvard, MIT, and Princeton, over 50% of students provide the wrong answer.  The simple bat and ball puzzle demonstrates the law of least effort – we tend to be overconfident in our intuitions and we avoid effort in our thinking as much as possible.  In other words, we live on a perennial mental vacation and only go to work when it is absolutely necessary.

Priming is another powerful and fascinating aspect of how our minds work.  Research on priming led to the discovery of The Ideomotor Effect, which demonstrated that actions are influenced by ideas that never rise to conscious awareness.   People who are shown words associated with old age (e.g. forgetful, bald, gray, wrinkle) subsequently engage in behaviors associated with old age (e.g. walking slowly), even though the specific idea of old age never rose to conscious awareness.  Indeed, you yourself have been primed reading this and would move slightly slower than usual if you were to walk to the refrigerator for a snack right now.

Other remarkable findings on priming include the discovery that when voting booths are in schools people are significantly more likely to vote in favor of increasing school funding, and when people are exposed to reminders of money as subtle as monopoly cash on a shelf in the back of a room they exhibit significantly more selfish and less helpful behavior.  When people are asked to recall an action they are ashamed of they complete the word fragments of W_ _ H and S_ _ P as WASH and SOAP far more often than WISH and SOUP.  People who lie in an email are more likely to buy hand soap and people who lie on a phone call are more likely to buy mouthwash.  Strange as these research results may seem, they reflect the reality that the majority of the most important research findings today would indeed have been thought of as science fiction 30 years ago.

You probably don’t believe that the results discussed above apply to you because they do not relate to anything in your subjective experience.  But our subjective experience is primarily derived from a story that system 2 tells us.  System 2 tells us the story that it is in charge and that it is making informed decisions.  However, we have conscious access to very little of system 1’s work, and system 1 is the source of the impressions that become beliefs that trigger impulses that result in our choices and actions.  We are, as Timothy Wilson titled his book and Modest Mouse borrowed for their most recent album title, Strangers to Ourselves.  The good news is that we can, through disciplined effort, decrease the time our mind’s spend on vacation, catch more of system 1’s errors, and live a more conscious and informed life.