Over Stimulation: The Cultural Doublethink of Amphetamines 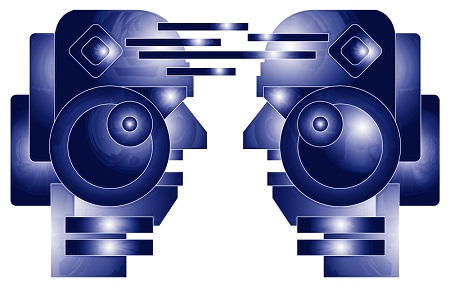 When it comes to amphetamines, our culture seems to want to eat our drugs and have them too.  On one hand, Adderall is marketed with promises of saving marriages or images of smiling children with taglines like, “Finally, schoolwork that matches his intelligence.”  On the other hand, we’re inundated with images of  “meth mouth” and propaganda campaigns with wholesome slogans like, “15 bucks for sex isn’t normal, but on meth it is,” and, “Before meth I had a daughter, now I have a prostitute.”  Well, if tooth decay, cost-effective intimate companionship, and disowning children are normal for meth, we must ask ourselves why meth is still a prescribed medication for ADHD and weight loss.

Yes, you read correctly, today, right now, in 2018, you can go visit your doctor and obtain a prescription for methamphetamine.  Of course, meth from a doctor has a euphemistic title (Desoxyn) to conceal its true identity (nothing like a healthy dose of cognitive dissonance to rationalize behavior!).  For a drug to be prescribed it must pass basic safety standards.  While a solid argument can be made that safety standards for approving medication would benefit from improvements, the fact that prescription meth exists and is available in your local Walgreen’s calls into question just how “normal” it is for people who take methamphetamine to sell their bodies and rot their teeth.

Adderall vs. Meth: The (Non-Existant) Difference

There is virtually no difference (one additional methyl group on the methamphetamine compound) between Adderall and meth (Desoxyn).  Therefore, it doesn’t really add up that Adderall cures “problem children” and saves marriages while Desoxyn turns children into prostitutes and destroys marriages.  So how does one explain this glaring discrepancy?  Doublethink.  Doublethink is the hallmark of America’s relationship with drugs, and amphetamines are arguably the most pronounced example.

Common examples of drug doublethink abound: drugs and alcohol (like there’s a difference), a war on drugs in a nation that consumes more medication than any other, calling drugs from a doctor medication, prescription opiates and heroin felonies, desoxyn is treatment but meth is the devil – it all rings with an eerie air of Freedom is Slavery, Ignorance is Strength, War is Peace.  America’s relationship with drugs is an Orwellian dystopia where Big Pharma parallels Big Brother in unsettling ways.

Brief History of Amphetamines and the Birth of Adderall

America’s doublethink with amphetamines hasn’t always defined the nature of the relationship between the US and the stimulant.  The first article about abuse of amphetamines amongst college students was published by Time magazine in 1937.  The 1940s through the 1960s could be described as the golden era for amphetamines in the United States.  Americans were in love with their so-called pep pills and sinus inhalers doused with Benzedrine.  By 1969, eight billion stimulant pills were being manufactured annually to meet the US demand.  Then, the controlled substances act came and by 1972 amphetamine production dropped to 400 million pills annually.

Since the controlled substances act, American doublethink about amphetamines grew to allow for the coexistence of a massively lucrative amphetamine market and the war on drugs.  Obetrol was the old name for prescribed amphetamines (aka diet pills), and after the controlled substances act it enjoyed a less than ideal reputation.  So what was a legal drug pusher to do?  What every good marketing strategist does when sales slump – wrap the same old product in a shiny new package.  The name obetrol and its use as a diet pill was dressed up with a new name and a new purpose in its transformative rebranding.  Thus, amphetamines came to be known as the ADD medication for ALL (ADDerALL).

The rebranding of amphetamines was an overwhelming success.  Today, the United States diagnoses more people with ADHD than anywhere in the world.  Stimulant consumption has surpassed 1960 peak levels.  Prescription stimulants are roughly a $13 billion/year industry.  In 1990, 600,000 kids were on stimulants.  By 2011, the number of children on stimulants rose to 3.5 million.  In addition to the increase in prescribing amphetamines to children, adults now make up the majority of the population taking prescription stimulants and are the fasting growing market for ADHD medication.  Turns out, Americans still love their pep.

“Medicating” Our Children with Meth

In 1984, Big Brother’s thought police were people.  Today, one can’t help but ponder the possibility of Big Pharma employing its chemical agents en masse as its own version of thought police.  What better way to control thought and keep consciousness on the straight and narrow than to infiltrate individual neural circuitry?  One thing is certain, the doublethink campaign to make Big Pharma’s “medications” healthy and normal while denigrating all who dare to venture outside Big Pharma’s product line for their drugs has been an overwhelming success.

Doublethink extends beyond cultural acceptability and scarlet-lettering and into the realm of treatment.  Medication-Assisted Therapy (MAT), aka replacement therapy, is the standard of care for opioid treatment (e.g. suboxone, methadone).  However, any professional bold enough to suggest that replacement therapy also be the standard of care for amphetamines is considered insane.  If emotional reasoning were suspended in favor of the objective, however, the idea of replacing street-cooked methamphetamine with desoxyn might just make perfect sense.  After Switzerland did the insane and replaced street heroin with pharmacy grade heroin to overwhelmingly positive results, it follows that replacing street meth with pharmacy meth is an idea that is at least worth discussion, right?  “Absolutely not Winston,” uttered the telescreen, “proceed to room 101.”

When it comes to amphetamines, the juxtaposition of adderall and desoxyn to meth underscores the glaring doublethink hypocrisy in America’s relationship with drugs.  Controlling and regulating legal methamphetamine is not only possible, it is happening right now.  Expanding access to desoxyn would allow for safer use and deal a crushing blow to a thriving black market trade of a poorly manufactured version of the same product.  The stark contrast between desoxyn and methamphetamine provides tangible evidence that the majority of problems associated with the drug are related to an unregulated black market that lacks quality control, not the drug itself.  After all, if meth inevitably rotted teeth and turned children into prostitutes we probably wouldn’t be giving it to seven-year-olds.

This article is dedicated to the bold and courageous clients that helped to educate me on this topic.  Those individuals out there right now living and functioning just fine despite the oppressive, stigmatizing, doublethink climate of amphetamines are resilient inspirations and living testaments to the true spirit of freedom and individuality.  In gratitude…

If you or a loved one are in need of treatment for amphetamine or methamphetamine use, give us a call. We are here to help.