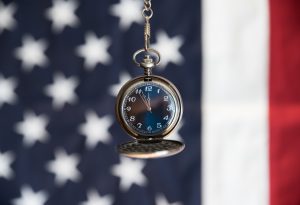 The urgent need for drug policy reform cannot be understated.  In the past few weeks, two stories about drug crime shone yet another spotlight on the lunacy of U.S. drug policy.  Oxycontin manufacturer Purdue Pharma plead guilty to three felony charges and incurred an $8 billion dollar fine for actions contributing to the deaths of nearly half a million Americans.  No owners or executives from Purdue Pharma, including the Sackler Family in charge, will serve any jail time (at least for now).  Many heralded the decision as justice served to the big pharma corporate conglomerate notorious for its strategically misleading information about the addictive properties of its potent opiate cash cow, oxycontin.  Meanwhile, a smaller story arose out of Georgia where San Diego Padres catcher Luis Campusano was arrested on felony charges for possession of about two and a half ounces of cannabis.  The MLB player faces up to 10 years in prison.  The discrepancy between the treatment of Purdue Pharma and Campusano serves as an excellent example of the urgent need for action in drug policy reform.

A corporation that intentionally misleads the public about the addictive properties of a prescription drug that results in widespread harm and nearly ½ a million deaths is fined and the owners serve no jail time.  Even if Purdue Pharma owners, the Sackler Family, paid the entire $8 billion dollar fine themselves the family’s net worth would still come in around $5 billion, a fortune most people could find a way to live on.  Purdue Pharma, a company generating around $3 billion dollars a year, will probably experience the $8 billion dollar fine like most people experience a bee sting.

Luis Campusano driving in a southern U.S. city with about two sandwich bags of cannabis is threatened with the loss of a decade of his life and his right to vote, not to mention the PR fallout and career damage he’ll have to deal with and the over-reaction likely to be handed down by MLB management.  Felony charges for corporations aren’t quite the same as felony charges for individuals, given that corporations don’t have to deal with criminal records when applying for jobs and can’t lose the right vote.

Recently, congress balked at voting on a cannabis decriminalization bill to avoid bad press heading into the November election, and a comprehensive drug policy reform act seems to be gaining little momentum.  The lack of enthusiasm behind legislative action that would improve drug laws in the U.S. is far from shocking given the entrenchment of the failed war on drugs and the unwillingness to admit we’ve been embarrassingly wrong about drug prohibition. While the topic of not locking humans in cages for possessing psychoactive compounds did get a few moments of air-time in the most recent Presidential debate, action is what stops ruining people’s lives, not words.

The fact that drug reform bills even exist and that Presidential candidates are giving drug policy changes fleeting acknowledgments are signs of progress.  However, one candidate saying he will do something and another asking why it hasn’t been done is the kind of proverbial ‘can-kicking’ that gets us nowhere.  Lives hang in the balance.  Talk is cheap and action is needed.

The discrepancy between Purdue Pharma paying fines that amount to little more than wrist slaps and Campusano facing a decade in a cage and the loss of his voting rights is but one example of the human rights atrocities perpetuated by current U.S. drug policies.  It is important to note that most countries around the world succumbed to U.S. pressure and adopted similarly oppressive drug laws in the past century.  The one country that dared rebel against U.S. influence, Portugal, is now widely recognized as a world leader in sensible, effective drug policy.

Campusano’s pro baseball money will help him hire a high-powered defense attorney to lean on connections in the prosecutor’s office to get charges dropped to a misdemeanor so Campusano retains his right to vote and doesn’t spend the better part of a decade in a cage.  He may even get his charges dropped entirely.  People without pro baseball money aren’t so lucky.  If we imagine how the legal proceedings might go for all the people out there without MLB cash, we can envision the ruin of thousands of lives from permanent records and decades in cages as well as the oppression of entire groups of people through voter suppression.  The destructive and devasting consequences of drug war policies ripple through thousands of families and communities.  How many more lives will be ruined before we get around to addressing the travesties of drug war policies?

Immediate drug policy reform is imperative.  The fallout of U.S.-inspired drug war policies around the globe will almost certainly be remembered as one of the worst human rights atrocities in modern times.  We have a cannabis decriminalization bill and a broad drug decriminalization bill, and politicians are shying away to avoid bad PR.  The time to act is now.  The damage is not done, it continues every day.  Failed drug policies will eventually die a well-deserved death.  The only thing that remains to be seen is exactly how large we allow the stain of drug war policies on human rights to grow and how many more lives are ruined in the process.