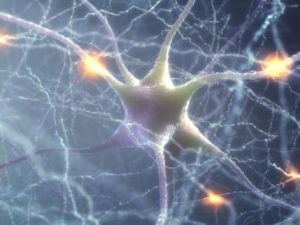 Habitual drug users may find it beneficial to seek addiction treatment sooner rather than later because the long term effects of drugs can lead to long-term depression (LTD). LTD affects memory formation and learning and continued drug use over time will lead to a loss of control where drug users lose many defenses against drug-seeking behavior.

Why is it that some regular users of drugs or alcohol develop addictions while others don’t? The beginning of addiction appears to be related to a loss of synaptic plasticity in the brain, according to research carried out by a team of researchers at the University of Bordeaux in France (Kasanetz et. al., 2010). Understanding synaptic plasticity may be the key to developing more effective methods of addiction treatment.

What Does The Research Say With Synaptic Plasticity?

The researchers examined cocaine self-administration among rats who took identical amounts of the drugs. Some of the rats developed an addiction (a compulsive, harmful use habit), while others did not. The researchers compared the addicted and non-addicted animals at various points and found that the animals that developed addiction showed a permanent loss in synaptic plasticity. Synaptic plasticity in addiction treatment refers to the ability to vary the strength of signals in the synapses (the region of communication between neurons). Such variation in plasticity allows for the formation of memories and flexibility in behavior. However, when plasticity is limited in addiction, the behavior may become more rigid, and this may lead to compulsive behavior and loss of control regarding drug-taking. The anaplasticity (lack of plasticity) in addicted individuals would explain why their behavior does not change even in the face of environmental constraints, such as adverse health consequences, the threat of jail, and adverse social effects.

The specific form of plasticity examined in this study was in the nucleus accumbens and is known as long-term depression (LTD), which refers to the ability of synapses to reduce their activity in certain situations. LTD is important for memory formation and learning. The researchers found that the short-term use of cocaine did not affect LTD. However, long-term use of cocaine led to a deficit in LTD for all users. This deficit leaves addicted individuals without defenses against drug-seeking behavior. Over time, loss of control is lost and addiction appears.

“We are probably not going to find new therapies by trying to understand the modifications caused by a drug in the brains of drug addicts since their brains are anaplastic,” reported the researchers. “The results of this work show that it is in the brain of the non-addicted users that we will probably find the key to true addiction therapy. Indeed understanding the biological mechanisms which enable adaptation to the drug and which help the user to maintain a controlled consumption could provide us with the tools to combat the anaplastic state that leads to addiction.”

This study sheds light on an important feature of the biological development of addiction. Addiction treatments in the future might focus on combating synaptic anaplasticity at the synaptic level as well as the behavioral level.