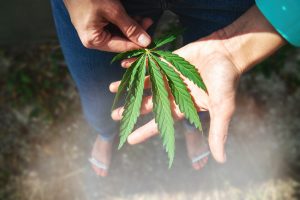 Pretty much anyone who likes to think knows that truth in cannabis propaganda for the past century was about as scarce as a direct answer in politics.  Reefer madness told us that ingesting a single cannabis joint would make us rape and murder.  Nixon and his cronies put cannabis in the harshest category of the arbitrary drug schedule, making it the official stance of the U.S. government that cocaine, morphine, and methamphetamine are all safer and more medicinal than the versatile plant.  However, despite the stringent restrictions on cannabis as a result of its schedule I status, studies slowly trickle in that suggest the various medicinal potentials of cannabis, including the potential to help beat cancer.  Of particular interest is a recent study from Harvard’s Dana-Farber Cancer Institute, which found that injecting pancreatic cancer tumors in mice with a derivative from cannabis delayed tumor progression and increased survival.

Thorough investigation of cannabis with sound scientific method is disgracefully past due, which gives the unseemly appearance of an anti-science U.S. drug policy.  The current setup for cannabis research in the U.S. is laughable.  The only federally approved source for cannabis in U.S. scientific research is the grow-op at none other than the University of Mississippi, and the red tape researchers must navigate to get a few choice nugs from Colonel Reb’s private stash makes empirical investigation painstakingly slow and excruciatingly expensive.  Additionally, the Ole Miss cannabis supply does a poor job mimicking the actual products people consume, making research results difficult to generalize.  For those seeking relief from the pain of cancer, and for those hoping for more effective treatments to overcome cancer and various other conditions, the roadblocks to cannabis research are anything but laughable.

As we turn the corner towards 2020, nearly a century after the madness of reefer madness, not only is cannabis showing promise the treatment of pain management, addiction, and many other aspects of mental health like PTSD, the recent Harvard study suggests that cannabis may actually help cure cancer.  To be clear, the Harvard study did not involve a group of cancer patients sitting around smoking weed all day who then all of a sudden were cancer free.  The Harvard study investigated a non-psychoactive, non-cannabinoid derivative of cannabis injected directly into pancreatic cancer tumors.

There are over 500 compounds in cannabis and only a small fraction have been investigated scientifically.  FBL-03G, the cannabis derivative used in the Harvard study, is just one of the hundreds of cannabis compounds long overdue for empirical study.  Just this week Time magazine published an article based on a Lancet study stating there is scarce evidence to suggest that cannabis improves mental health.  The reality, as articulated at the end of the Lancet study, is simply that quality research into cannabis is scarce, period.  The fact that the Harvard study found encouraging results for treating the notoriously intractable pancreatic cancer from a cannabis derivative highlights the imperative need to lift the federal ban on cannabis, remove it from schedule I, and allow for much needed, thorough, scientific investigation into the healing and medicinal potentials of cannabis free from lingering stigma and delusions of the reefer madness era.