How Society Should View Addiction 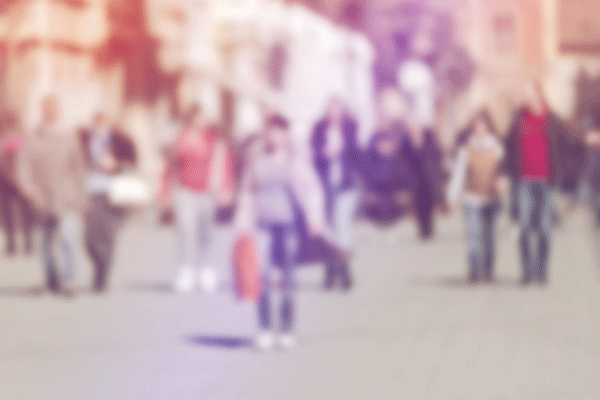 Although individuals will view addictive behavior in many ways, based on their own beliefs and situations, society needs a comprehensive view of it. Addiction is one of the compelling problems of modern life. Almost all individuals need to manage desire better in a world increasingly filled with tempting activities and substances, and decreasingly filled with counterbalancing forces. Rather than just relying on individual self-control, perhaps our larger communities and society itself can help us respond better to our desires.

From Food to Drugs, Most People Are Affected by Addiction

Addiction affects nearly everyone. Currently in the US approximately 2/3 of the population is overweight. This proportion was only about 5% in 1900. We now have decreased physical activity, and increased intake of higher calorie foods. With current food technology we can easily provide everyone with inexpensive, tasty food with a long shelf-life. This shift in the food environment helps us recognize that in 1900 most would have regulated their body weight almost effortlessly.

Now weight regulation, and the choice of healthy foods, requires deliberate and sustained effort. We already see that most individuals appear unable to accomplish weight control in this food environment. In the years ahead will see a large increase in diabetes, even as we now ignore the millions who are in a pre-diabetic state because of poor food choices.

The situation with the traditional substances of abuse (alcohol, pharmaceutical drugs, street drugs, etc.) is similar, but with the added element of intoxication. Although there are fluctuations in availability and cost, in general there is increasing availability of substances at lower prices. Additionally there are new substances being created both by street chemists and pharmaceutical companies, and new liquids containing alcohol. Addictive activities such as gambling, sex, and shopping are also more easily available, in part because of the internet.

Ironically, as we are realizing that prohibitionist legislation does not prevent addiction problems, we are also learning how weak self-control is. In an array of experiments that test our capacity to withstand temptation, Roy Baumeister and other psychologists have found that self-control is easily exhausted. One simple demonstration of the phenomenon of “ego depletion” would be that individuals who sit for a few minutes in a room with a bowl of chocolate chip cookies (which they don’t get to eat) would experience significantly weaker self-control on the next task, as compared to the individuals who sat in a room with a bowl of radishes. Fortunately, like a muscle, self-control can strengthen with practice.

If so far neither legislation nor naturally developed self-control has been effective in helping us collectively achieve the level of self-control we need to avoid addictive behavior in the contemporary world, it would be appear to be time for finding new directions. One promising direction is the development of community structure and support at the points, especially during development, that addictive behavior might otherwise arise. One obvious place to begin considering how to develop such community structure and support is the study of how different cultures provide it. There are many cultures with lower addiction rates than the US. We may have much to learn from them.

A Comprehensive View of Addiction

A comprehensive view of addiction by society would recognize that anyone might develop it. We need to understand addiction as a developmental process or evolution, which could unfold in anyone, rather than as a disease that only happens to a few. Rather than scapegoating a few (so-called addicts and alcoholics) we need to take communal ownership of the problem of addiction, across the entire scope of the management of desire. Rather than focusing solely on prevention, treatment, and relapse prevention, these tasks would blend into the larger process of developing and maintaining communities with minimal addiction problems. If we adopt this perspective we might then also stop labeling as addiction other problems such as poverty, lack of family support, and lack of educational opportunity, and address them more directly and effectively.

Those who endorse the self-label of addict/alcoholic will need to be responded to in new ways. One model of a new relationship is how we deal with bankruptcies. In bankruptcy we allow the write-off of debt and a fresh start. One may never be able to repay the debt (it is not required) but it is expected that one will start fresh as a contributing member of society.

Until adequate community support develops, we are left with legislative and individual solutions to the management of desire. These work for some, but not most. Some cultures do a much better job of enabling their members to live mostly free of addiction. By studying and discussing them, we could look beyond addiction as a disease and develop a culture that better supports all of us.