The Opiate Epidemic: Solving the Crisis

How to Solve the Opioid Crisis 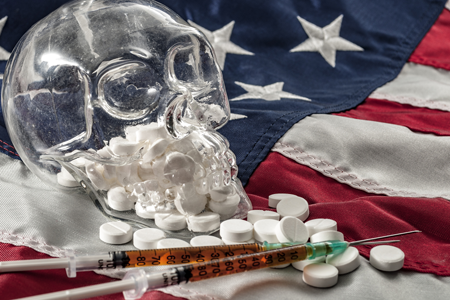 In an age when Americans agree on few things, an issue that unites us toward a common goal could be deeply and profoundly healing. On the costs of the opioid crisis in America, there is little disagreement. People from both sides of the aisle, all walks of life, and every socio-economic stratum are affected by the opioid epidemic. Even President Trump and former President Obama agree on this issue, with the former recently calling (but not officially declaring) the opioid crisis a national emergency and the latter recognizing it as an epidemic. While many agree the opioid crisis is a major problem, there is a need for increasing clarity and agreement on how to solve it.

Solving the opioid crisis long-term may require the implementation of harm-reduction methods on a large scale. Research continues to show that injection sites and needle exchanges greatly reduce rates of new infections and overdoses. In Vancouver, B.C., a supervised injection site has been in operation for 14 years helping people connect to housing and mental-health resources, and providing detox to those who want it. Vancouver’s injection site has not experienced a single overdose in a decade and a half of operation. In addition to reducing health problems and public disorder, research shows (contrary to public opinion) that injection sites actually help people stop substance use for good. Opening safe injection sites and needle exchanges in the centers of problem areas could make a drastic, positive impact on the opioid crisis.

Housing first is another harm reduction method with proven results. A robust collection of research shows that the housing first approach reduces incarceration rates, detox visits, and use of costly emergency services like ER visits and hospital stays. In the city of Seattle, a housing first approach for people with alcohol problems and no housing saved taxpayers $4 million dollars in its first year of implementation despite all the setup costs for the program. Portugal implemented the housing first approach as a major component of its hugely successful move to decriminalize substances and treat addiction as a social and public health issue rather than a criminal issue. Implementing housing first methods in the worst hit areas of the opioid crisis could save millions of taxpayer dollars in each city and provide a stable foundation that leads to change for those struggling with opioid use.

Rather than a limited range of treatment options, there is a need for wider access to and implementation of therapeutic approaches other than the mainstream offerings. Harm-reduction therapy and non-confrontational approaches like Motivational Interviewing have strong empirical data supporting their efficacy. Psychotherapy that addresses underlying issues that commonly fuel problematic substance use (e.g. trauma, depression, anxiety) can help improve outcomes. Offering optional case management and therapy to help people develop and improve life skills is a major component of housing first and injection site methods. No single treatment approach can help everyone. Increasing treatment diversity beyond mainstream options and making case management and psychotherapy available to those interested are important steps to solving the opioid crisis.

The absence of diversity in mainstream treatment extends into the methods used to help people detox from opioids. Avoidance of withdrawal symptoms is the most common precipitant to someone resuming opioid use after an attempt to quit, so improving and diversifying detox methods is essential to solving the opioid epidemic. An amino acid IV infusion of nicotinamide adenine dinucleotide, commonly termed NAD IV, is a method gaining popularity in the treatment of opioid withdrawal. Another emerging treatment for opioid withdrawal is known as ‘the bridge.’ The bridge is a small neuro-stimulation device that connects to the ear and blocks pain signals to the brain. While both neuro-stimulation and NAD IV are promising, more research is needed to determine their efficacy and refine their implementation into an integrative treatment model for opioid addiction.

Treatment with ibogaine, a naturally occurring entheogenic plant medicine, is another promising method of opioid detox with a limited but growing body of research that supports its safety and efficacy. Research to date suggests that ibogaine greatly reduces or entirely eliminates opioid withdrawal and often results in a significant reduction in cravings for up to three months. There are significant risks associated with ibogaine-assisted treatment including death, however, research continues to show that ibogaine’s risks are effectively managed in clinical settings with proper screenings to rule out contraindicated conditions. Despite its medicinal potential, ibogaine remains a schedule I substance in the United States, which makes research incredibly difficult and slow. Allowing researchers to study ibogaine could accelerate the process of developing new and more effective methods for treating the opioid epidemic.

Another more familiar plant medicine is also gaining momentum as a useful tool in solving the opioid crisis – cannabis. A treatment center in Los Angeles, aptly named High Sobriety, uses medicinal cannabis to attenuate opioid withdrawal and help people move away from problematic opioid use. Replacing heroin use with cannabis use is a major success in recovery. Thousands of veterans with PTSD provide anecdotal evidence in testimonials about cannabis helping them get off opioid pain medications. Utilizing cannabis as a gateway to recovery from opioid addiction would offer those seeking help another option that could facilitate their efforts to change.

As with ibogaine, the major roadblock to capitalizing on the medicinal properties of cannabis is the drug schedule. Schedule I drugs are deemed by the US government to have no medical use and cannabis is a schedule I drug. However, the US government also holds the patent for medical marijuana. As long as cannabis and ibogiane are schedule I drugs, much needed research into the medical application of the healing potential of these medicinal plants will continue to be severely restricted. Prioritizing and expediting research into new, promising approaches like ibogaine and cannabis assisted treatment, along with NAD IV and neuro-stimulation, will diversify and improve treatment for opioid addiction, which is essential to solving the opioid epidemic.

In addition to investigating new treatment methods for the opioid crisis, capping costs on necessary medications is also critical to stop the financial hemorrhaging caused by the epidemic. Naloxone, the medication that reverses opioid overdoses (sold under the brand name narcan), is increasingly utilized by first responders as opioid overdoses continue to increase. Naloxone was patented in 1961 and is available as a generic medication at low cost.

However, naloxone is most commonly implemented with narcan auto-injectors and nasal sprays. The cost for a two-pack of auto-injectors increased from $690 in 2014 to $4,500 in 2016. Costs for narcan incurred by Middletown, Ohio became so high that one councilman recently proposed a ‘two strikes’ policy for overdoses in which first responders would let someone die rather than use narcan a third time. Capping the cost of this necessary medication seems like a better option than capping the number of times it can be used to a save an individual’s life. Surely we can do better as a society in our efforts to solve the opioid epidemic than throwing our hands up and standing idly by while people who use opioids die off around us.

Another effective medication is the injectable form of naltrexone, brand name vivitrol. Vivitrol blocks opioid receptors in the brain for about a month after a single injection. If people use an opioid after a vivitrol injection they do not experience the desired effects. Psychologically, knowing that the desired effects of a substance will not be experienced greatly reduces cravings to use. Vivitrol, however, costs about $1000 per monthly injection and insurance companies generally work diligently to deny covering the costs. Thus, another effective treatment is available primarily to people who can afford a hefty out of pocket expense. Capping the cost of vivitrol to make it more widely available could be a major step in solving the opioid epidemic.

Lastly, solving the opioid crisis for good will require a cultural shift in the American attitude towards substances. When a cultural attitudinal shift translates into policy changes that decriminalize substances, a resolution to the opioid epidemic may by sustained. The creation of the opioid crisis is the direct result of failed drug war policies. The drug war grew out of a culture of fear towards substance use incubated by a fierce propaganda campaign of misinformation.

Before imprisoning people for altering their consciousness there was no drug epidemic in the United States. Now, we waste billions of dollars continuing to fight a failed war on drugs. To solve the opioid crisis requires the recognition that our policies and procedures over the past century created the opioid epidemic in the first place and continue to perpetuate the problem now. While changing policy can be quite a frustrating and slow-moving endeavor, eliminating the drug schedule and decriminalizing substances will be essential to the long-term eradication of the opioid epidemic.

We find ourselves at a crossroads.  Two paths for ending the epidemic lie ahead.  On the first path we declare the crisis a national emergency to address the most immediate concerns, we implement harm reduction methods, we expedite research for promising new approaches and diversify treatment options, we cap costs of important medications, and we roll back failed policies like prohibition to ensure the opioid epidemic is solved for good.  On the second path we do as the Ohio councilman suggested and we end the opioid epidemic by letting people who use opioids die off.  The only question that remains is if we listen to our collective conscience, embrace the changes necessary to solve the opioid crisis, and take decisive action to do what needs to be done, or if we watch passively as our fellow Americans continue to struggle, suffer, and die.