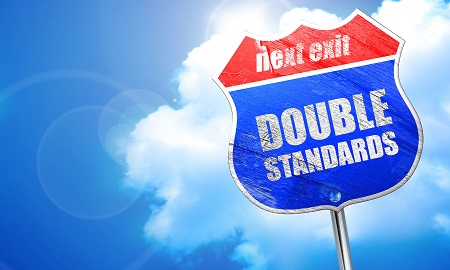 Mental health professions are big on person-first language, and rightly so.  Defining people by their problems is widely agreed upon to be below the standard of care.  People are much more than their diagnoses, and thus, mental health professions now routinely opt for descriptions like, ‘a person with schizophrenia’ rather than, ‘a schizophrenic,’ or ‘a person with borderline personality’ rather than ‘a borderline.’  As sensitivity to mental health issues grew in recent years and person-first language became the standard of care, one notable category of diagnoses was conspicuously left behind: substance use disorders.

While the frequency of hearing a psychologist say something like “he’s a schizophrenic” continues to decline, nobody blinks an eye when a psychologist says “he’s an addict.”  Why the double standard?  Shouldn’t person-first language apply to all mental health issues?  Instead, it is often considered coddling to say “he’s a person struggling with addiction” rather than, “he’s an addict.”  The stigma around substance use remains pervasive, so much so that basic, compassionate standards of care like person-first language are frequently dismissed as “enabling,” or “too soft.”  Where else, other than addiction, is compassionate care actively advocated against? Misguided beliefs that people who use substances problematically need to be confronted, punished, and shamed into change continue to dampen efforts to raise the standard of care in addiction treatment to levels already established in all other areas of mental health.

Updating the language of addiction to basic levels of human decency is not a new topic for us at Practical Recovery, or for many who specialize in treating substance use.  However, the dirty talk in addiction treatment barrels onward undisturbed, and thus the need to continually point out the hypocrisy inherent in implementing person-first language in all areas of mental health except addiction remains necessary. People who seek help for addictive behavior are generally already acutely aware of problems they face, often struggle to forgive themselves, and define their identities on mistakes made far more than they deserve.

A common refrain amongst people who seek help for problematic addictive behavior is that, “nobody comes into treatment on a winning streak.”  The lack of person-first language in addiction treatment perpetuates the problematic tendency to construct a sense of self primarily from behavior, rather than the motivation behind behavior.  Addictive behavior is an adaptive effort to manage life problems, and the motivation to manage life problems is healthy, not pathological. The severity of an addiction is a direct reflection of the pain that drives it. Thus, continuing to reject person-first language in addiction treatment is an active effort to pathologize the innate drive to survive and overcome.

The double standard between substance use disorders and all other mental health disorders points clearly to an area of further growth for the field of mental health.  Person-first language helps to underscore the dignity and humanity of people who struggle with mental health issues.  In the field of addiction treatment, the humanness of those who struggle continues to be denied so long as people are identified as their disorders.  Embracing compassionate, dignified, person-first language that seeks to promote and foster the dignity, worth, and value of people who seek help for substance use problems is long overdue.