A Mirror for The Language of Addiction 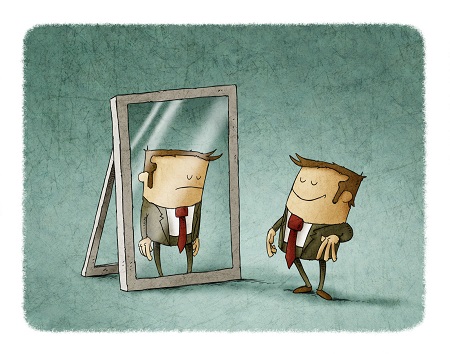 The insulting, dehumanizing rhetoric of the addiction ‘treatment’ industry never ceases to amaze and dishearten. The language of addiction used by the industry is purportedly used for the addicts’ own good – to break them down so they can be rebuilt. People who are hurting and vulnerable are called manipulative, junkie liars so often that such language is widely accepted and implemented in treatment settings by so-called professionals.  What if we fought fire with fire and the same critical, cruel language used to ‘shame addicts into change’ was mirrored back to describe the addiction treatment industry?  Well, let us indulge the imagination a bit and give the addiction treatment industry a taste of its own medicine…

(Note: the following is not intended to be a true representation of addiction treatment, it is merely an imaginative exercise to explore what it might feel like to be on the receiving end of common approaches to treating addiction)

They’re All the Same

There are a few things everyone should know about the addiction treatment industry. All treatment centers and all counselors are the same. The industry and its professional staff all lie, cheat, steal, and manipulate to get what they want, and what they want is people in treatment so they can make money. The treatment industry will go to any length to get what it wants – it has no values, no morals, no self-respect – all it cares about is its next money fix.

Not only are drug counselors and addiction professionals are all the same, they pretty much all fail at helping people. All the therapists who think they help people are just in denial. If you look around a room of therapists, remember that hardly any of them will ever help anyone. Counselors who consider themselves different are simply lying to themselves and are probably going to end up dead or in jail very soon. A therapist who is different, who actually helps people, must be one in a million. The truth is, the only way therapists have any chance of getting better and helping people is if they admit they can’t help anyone and accept their incompetence.

Detaching is the Only Hope

Unless the addiction industry comes up with a way to cure everyone it treats the first time it treats them, it is a complete failure. A counselor who doesn’t permanently cure every client in the first session? Failure. The entire time an addiction treatment center is trying to help others, the disease of its failure is in the parking lot of the facility doing pushups, getting stronger, waiting for an opportunity to sneak in and destroy everything.

The addiction treatment industry is only as sick as its secrets – and there are plenty of those! Recent FBI raids revealed dimensions of the diseased addiction industry that deepened our understanding of the severe moral depravity that exists in its pursuit of money. The insurance scam of charging upwards of $5,000 for each individual urine drug test clearly shows that for the addiction treatment industry one dollar is too many and thousands are never enough.

Just add money and everyone involved in addiction treatment becomes an instant curse word that starts with the letter ‘A’ and rhymes with the black energy vortexes in outer space. The definition of a therapist is an egomaniac with an inferiority complex. Once a failed therapist, always a failed therapist. If a therapist actually believes he can help someone, that’s just his diseased failure brain talking. When a therapist is in her therapist mind, she only thinks of herself and will do anything for a dollar. If a counselor says his job is challenging and complex, he should be told to ‘keep it simple, stupid.’ If you hang around psychologists and/or the addiction treatment industry long enough, you’ll be a diseased, powerless failure too.

Therapists don’t help people, they take prisoners and hold hostages. When therapists can’t dominate, control, or manipulate patients they ask for terms and conditions. You can always tell a psychologist, but you can’t tell her much. How can you tell if a therapist is lying? If his lips are moving. Once you turn a human into a drug counselor, you can’t turn her back into a human. Therapists in general have a spiritual malady.

All therapists are allergic to money, any taste of it and they can’t help themselves but to try to get more and more and more. A psychiatrist’s office is like a bad neighborhood, don’t go there alone. A drug counselor’s worst day off is better than his best day working. A psychologist’s best bet to achieve success is to not work, not think, and go to support groups for failed psychologists. After all, a therapist is a failure and if he works he will die – that’s all he really needs to know for today. Bear in mind, while the content of this article may sound harsh, it is all said about addiction treatment and providers for their own good.

Final Thoughts on the Language of Addiction

Some say the golden rule is to treat others as we would like to be treated. Some argue that it is better to treat others as they would like to be treated. Either way, I don’t think those seeking help or those providing help would appreciate the statements in this article being hurled their way. Imagining how I would feel to be told over and over and over again that I’m a lying, manipulative, diseased, powerless psychologist is rather uncomfortable. If the language of addiction treatment was consistently directed at me I would quickly lose motivation to keep working, feel quite disheartened, and likely throw in the towel and resign myself to failure.

See also: Addiction Treatment is Sick, Not the People Treated