Addiction Treatment is Sick, Not the People Treated 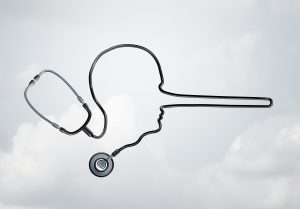 Labeling people who’ve been traumatized as sick, is sick. There’s nothing pathological about being severely affected by the worst of life’s horrors. There is something deeply pathological when natural reactions to unnatural situations are described as sickness and disease. There’s nothing sick or diseased about someone experiencing post-traumatic stress after catastrophic events then easing the aftershocks with substances that provide fast-acting relief. Substance use is an adaptive effort to cope with life problems, and until we figure out ways to effectively and reliably help people who suffer from post-traumatic stress people will continue to take matters into their own hands. The problem is not the people in addiction treatment, the problem is the woefully inadequate treatment that continues to fail those who seek it.

Excitement at this stage is likely premature.  The addiction treatment industry’s predilection for pathologizing adaptive behaviors is not to be underestimated.  Despite a continuously mounting pile of empirical support for things like psychedelic-assisted treatment and self-regulated use as a viable outcome in the treatment of addictive problems, the tyranny of abstinence-only is not likely to let go of its draconian reign willingly.  Despite MDMA’s encouraging results in the treatment of PTSD resulting in the FDA designating it as a breakthrough treatment, access remains tightly controlled and highly restricted, and veterans and others who struggle with PTSD continue to suffer.

Medical professionals continue to espouse false ideas about people who struggle with addictive problems being sick.  I recently was informed of someone being told by a medical professional that some people are just sicker than others, and they need AA to survive.  To anyone who holds such beliefs, I humbly inquire as to the data utilized to support such positions.  First, nobody needs any mutual-aid group in order to survive, and the helpfulness in fostering such dependency is questionable.  Second, while it is certainly true that some people struggle with addictive problems that are more severe than others, conceptualizing the severity of addictive problems as a measure of the degree to which someone is sick conveys a fundamental misunderstanding of the etiology of addiction.

Each epoch bears its own shame when future generations look back upon it.  Many treatments that are obviously wrong now were once hailed as the gold standard.  Among many other now debunked treatments and theories, the four humors, phrenology, leeches, and bloodletting all enjoyed prestige as leaders in their time and are now relegated to annals of medical history’s embarrassing mistakes. How labeling traumatized people as sick, diseased, characterlogically defective, powerless addicts was ever going to help people who’ve endured horrific trauma is certainly questionable.  Given the paucity of research to support such approaches, the only question that remains is how long our culture and society will cling to outdated ideas before we admit we were wrong and move forward with empowering approaches with scientific support for their efficacy.