Addiction is a Natural Response to an Unnatural World 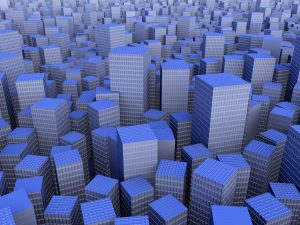 Scientists widely agree that the human brain’s evolution has not had time to catch up to human society’s evolution since the onset of the industrial revolution.  Once a daily necessity, our fight or flight response is rarely needed now that we hit the eject button on the food chain.  The near certainty of day-to-day survival for many humans means that the fight or flight response that once helped us evade predators now is redirected to our credit scores, our social media likes, making traffic lights before they turn red, and countless other aspects of life that are essentially meaningless and pose absolutely no threat to our survival.

With day-to-day survival a given for many humans, thanks in large part to the wonders of technology, the natural pursuits of hunting and gathering gave way to the unnatural pursuits of paper and celebrity.  For people who long for something other than ones and zeros stockpiled in a digital database, life in the modern world can be a bit of a bummer and addiction as a response is natural. When life is a bit of a bummer people sometimes turn to novel experiences to mix things up, and substances can certainly provide some novel experiences.

At the risk of being branded a new-age, California-stereotype yippie (yuppie-hippie), I’m going to go out on a limb here and suggest that the human brain did not evolve to sit in a cubicle for eight hours a day, then have food delivered by grubhub to watch four hours of television before falling asleep and repeating ad nauseam.  The developing child’s brain did not evolve to sit at a desk for six hours a day learning how to write and complete math problems.  We generally pump kids full of amphetamines to get them to do what is not natural, namely, to sit at a desk for hours on end without exhibiting “behavior problems.”  Then, when the child becomes an adult and gulps down a bottle of whiskey every night to quell the cubicle-induced void in his soul we call him sick and diseased and throw him in a cage.  In general, drugs are what we call medications when we lock humans in cages for using them.  Substances help many people function in a world we were never designed to function in.  In many ways, modern life encourages addiction as a response.

Our society’s fevered effort to brand so-called “addicts” as diseased and dysfunctional is nothing more than a projection of our own sickness.  So-called “addicts” are the scapegoat for a society that unconsciously knows it is forcing humans to go against our own nature.  Going against nature always comes with a cost, and for modern society, one of those costs is addiction as a response to an unnatural world.  It is no coincidence that addiction is most prevalent in the United States, and the maniacal drug-war is nothing more than the compensation of a guilty conscience that does not want to admit its wrongdoing.  If anything has any chance to “cure” addiction, it is to reconnect humanity to the natural world.