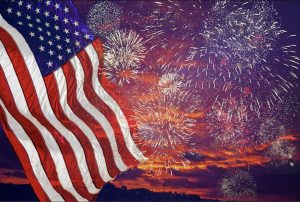 Let’s call a spade a spade.  The war on drugs is a euphemism for a war on personal freedom.  The hypocrisy inherent in a war on personal freedom in the self-proclaimed land of the free is more than a tad embarrassing (insert cringe emoji here).  The number of lives ruined with criminal scarlet letters and families torn apart because someone dared possess psychoactive compounds is beyond measure.  Even on the very day of writing this article a U.S. Olympian was kicked off the track and field team because she tested positive, not for a performance-enhancing drug, but for cannabis detected in her bodily fluids after she inhaled the plant’s smoke to ease the pain of the death of her mother.  This Independence Day, as America celebrates the passing of the drug war’s 50th anniversary, it is high time to end the disgraceful war on the personal freedom of citizens and honor the noble aspiration to be the land of the free.

The Drug war’s 50th anniversary and it’s prohibition policies that push opioid production to the most highly concentrated forms, like fentanyl, are to blame for recent overdoses, not the opioids themselves.  Fentanyl is a powerful opioid used safely for over a half a century in various medical procedures.  Heroin, or diamorphine, is routinely administered in many industrialized nations because it is a highly effective pain medication.  If heroin itself were the cause of drug problems then heroin-assisted treatment would not have existed for decades with excellent empirical support for its efficacy in helping people overcome heroin addiction. Demand for opioids is never going to be eradicated.  The simple reality that most don’t want to admit is that substance prohibition doesn’t work and only makes drug problems worse, not better.

So long as the drug war and drug prohibition persist in the U.S., the exceptions clause in the 13th amendment will continue to be exploited.  In an era that some describe as a racial reckoning in the U.S., it is puzzling why so few advocate for an end to the war on drugs.  Ending the war on drugs might be the most obvious, tangible step in America’s ongoing, honorable effort to be the most accepting, diverse nation in the world.  Ending the war on drugs would also be a welcomed advance towards living up to the noble aspiration of truly being the land of the free.  To mark the passing of the quinquagenary golden anniversary of the war on drugs, it would behoove the U.S. to finally admit that a drug-free society is completely delusional and grant citizens the freedom manage their own consciousness.