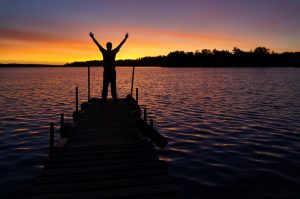 There are many effective alternatives to the 12-step addiction recovery approach.  This article will describe the major treatments and support groups that one might choose if interested in and answer the question: are non-12-step recovery approaches effective?  These alternatives need to be widely known because individuals who might never attend an AA (Alcoholics Anonymous) meeting might attend treatment or a support group with a different approach.  What might not be possible for them in AA might be possible elsewhere.  It would benefit everyone if the alternative approaches were as widely known and as easily available as AA and other 12-step groups.  Even AA would benefit from the individuals who chose to go elsewhere.  Those remaining in AA would know that they were attending because they had freely chosen to attend, not because there might be something better but they couldn’t find it!

Let’s begin to answer whether or not non-12-step recovery approaches are effective and begin with one alternative support groups: SMART Recovery, Women for Sobriety, LifeRing Secular Recovery, Secular Organizations for Sobriety, and Moderation Management.  All support abstinence, except Moderation Management, which supports alcohol moderation or abstinence.  All are non-profit organizations.  All tend to have discussion meetings (with “cross-talk” as opposed to a series of speakers who don’t reference each other).  Women for Sobriety is the oldest, having started in the mid-1970’s.  SMART Recovery and Moderation Management are both science-based (as opposed to AA’s spiritual foundation).  The recovery programs offered differ significantly from each other and from 12-step.  If they don’t hold meetings in your locality there are web-based meetings you can attend.

Are these alternative support groups as effective as AA?  We don’t know because—this may shock you—from a scientific perspective the effectiveness of AA is unknown.  Although it is widely said that “AA is the only thing that works,” at best this statement reflects the experience of someone who has been immersed so much in 12-step recovery that they have missed some important facts about recovery.  Perhaps the most important fact about recovery is that the majority of individuals who recover do so without attending a support group or treatment (i.e., natural recovery).  To be clear, if we have 100 individuals with alcohol problems, what will happen to them is unknown.  If we have 100 individuals who have recovered from alcohol problems, the majority of them will have done so using natural recovery.

Do you have a hard time believing that AA is of unknown effectiveness?  Consider the comments of two reputable organizations.  Every three years the U.S. Secretary of Health and Human Services sends a report to Congress entitled Alcohol and Health. The 1990 report states: “The effectiveness of AA has not been scientifically documented, and methodological problems make such an evaluation difficult” (pg. 265). The National Academy of Sciences published in 1990 a massive report entitled Broadening the Base of Treatment for Alcohol Problems. The National Academy of Sciences was established in 1863 by Congress as its advisory body on the application of scientific knowledge to public policy.  In the United States there is no higher authority on such applications. This report (commissioned by Congress in 1986) states: “AA is considered by many lay persons and professionals to be the most successful treatment for persons with alcohol problems, despite the lack of well-designed and well-executed studies that can be cited to support or negate the validity of this perception” (pg. 111).  These quotes may seem old in this internet age, but the situation has not changed.  Nearly 20 years later, AA remains relatively unstudied from a scientific perspective.

As to treatments, there are a dozen or more that have substantial scientific evidence of effectiveness.  They are quite different from one another.  Some treatments are medications, some enhance motivation to change, some reward new non-drinking behaviors, some teach new ways of thinking, some build up a person’s negative reactions to drinking (or drugging) using a process called aversive conditioning, some enhance the person’s relationship and social skills, and one uses acupuncture.  Quite diverse!  The bad news is that there is no simple way to answer a question like “how does alcohol treatment work?”  Presumably these very different treatments work in very different ways, but we may still “not be seeing the forest for the trees.”  The good news is that if one treatment does not appeal to you, perhaps another one will.  And all of them have much more scientific evidence of their effectiveness than AA does.  One introduction to the science behind these treatments is published by the National Institute on Drug Abuse:

This is not to suggest that you should avoid AA. Its free, widely available, a choice very few will argue with, and likely to introduce you to a large number potential recovery role models. But if you don’t like AA, isn’t it good to know you have options?