A Review of “Brainwashed: The Seductive Appeal of Mindless Neuroscience” 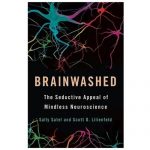 The prominent authors of Brainwashed challenge the widely held view that neuroscience will soon dramatically improve human life. They thoroughly support continued neuroscience research and applaud the knowledge gained thus far. However, they believe the limitations of neuroscience need to be better understood.

They begin by reminding us that vision is the most developed human sense. Therefore pictures of our brains in action, via fMRI (functional magnetic resonance imaging), are compelling. It is as if we opened a window into our skulls and merely needed to look in, in order to understand what happens there.

This well-reasoned presentation about the limits of fMRI specifically and neuroscience generally includes a 15 page introduction, 156 pages of text, and 61 small-print pages of footnotes. They argue that it is “very difficult for scientists to look at a fiery spot on a brain scan and conclude with certainty what is going on in the mind of the person (pg. xii).” Although the task “to bridge the explanatory gap between the intangible mind and the corporeal brain (pg. xiv)” is the ultimate goal of neuroscience, that gap is still enormous.

A fundamental problem for fMRI’s is that “one cannot use the physical rules from the cellular level to completely predict activity at the psychological level (pg. xvi).” No amount of description of what happens at a cellular level will in itself explain what is happening at a higher level.

For instance (this is my example, not theirs) if I were attempting to understand a war, I could collect information about the activities of each individual combatant (and the supporting personnel). If I could piece together the actions of each, and summarize them, would I understand the war itself? In fact, I would not. I would also need to understand information from the top (down) as well as the bottom (up): The countries in the conflict, their motives and ultimate objectives, their history, cultural values, resources and strategies, the personalities of their leaders, and so forth. If I understand each participant’s actions I will not have a “big picture” about what the war is actually about.

That Private Smith spent the day loading shells into heavy artillery and firing them is likely to be useful information only if his actions were a meaningful part of a larger set of meaningful actions. As it happens, many actions in war, as in many activities, are well intended but irrelevant to the final outcome. Many bullets miss their targets. If Private Smith’s shells happened to demolish an enemy command and control center, such that it failed to re-direct enemy troops to a needed area, such that Smith’s fellow soldiers were able to gain crucial ground, such that a new offensive could successfully be launched, etc., then Smith’s actions are important. But you would not know how important Smith’s actions were (compared to all the other soldiers firing shells that day) unless you knew the bigger picture. Whether considering soldiers or cells, having only bottom up information does not allow one to understand fully what is occurring.

The ultimate argument in this book is that neuroscience will never eliminate the view of human beings as moral agents who are worthy of praise or blame. It is only a mindless approach to neuroscience that would lead us to think that it could eliminate morality.

Various chapters address the application (or misapplication) of neuroscience in legal, clinical, commercial and philosophical domains, but of particular value to the recovery field is Chapter 3, Addiction and the Brain-Disease Fallacy. If you are looking for the science behind asserting that addiction is something other than a brain disease, you will find it here. They review natural recovery, the genetics of addiction, the salience of drug cues, “hijacking” the brain, craving, ambivalence, the advantages and disadvantages of a disease model from the perspective of a scientist seeking funding, the Powell public intoxication case of 1966, the inability of brain scans to diagnose addiction, using fMRI to show how self-control counters cravings, the role of consequences in changing addiction, and how biological explanations can foster pessimism about behavioral health disorders.

Powell was convicted of public intoxication. He appealed, arguing that he could not control his drinking because he suffered from “the disease of chronic alcoholism.” A section of the trial transcript is quoted, in which Powell admits that he wanted to do well in court that day, and therefore had only one drink that morning. The case was ultimately appealed to the US Supreme Court, which stated: “We are unable to conclude that chronic alcoholics in general, and Leroy Powell in particular, suffer from such an irresistible compulsion to drink and to get drunk in public that they are utterly unable to control their performance.”

Satel and Lillienfeld end this work with a re-statement of our personhood. We are individuals with brains, and thus we can make decisions, study these decisions, and gain wisdom to “weigh the responsibilities and freedoms that these decisions make possible.” Not a bad description for the process of recovery. 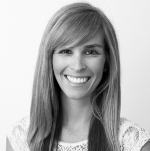 SPOTLIGHT:
Ashley Adams, MA, MFTI
Assistant Clinical Director
Ms. Adams has been working in addiction treatment and recovery for 4 years and started at Practical Recovery before they opened Reunion in 2011. She holds a master’s degree from Alliant International University in Marriage and Family Therapy. She earned her Bachelor’s Degree from San Diego State University in Sociology and Psychology. For Ashley, the most profound aspect of addiction treatment is focusing on the dynamics of family and couple relationships.During her first traineeship she worked with individuals who experienced severe trauma, including sexual assault and domestic violence. This was a powerful training period for Ashley, where she learned a great deal about resiliency. In addition to her work in substance abuse treatment and trauma, she also has a strong interest in eating disorders, including awareness and prevention. She interned at an eating disorders program in San Diego for two years and was a facilitator for ANAD (Anorexia Nervosa and Associated Disorders). She has also done clinical work and cultural competency trainings abroad and loves to travel any chance she gets. Ashley has completed all 3,000 pre-licensing hours and is currently awaiting approval to take the MFT licensing exam. MFT Registered Intern #71223.