Addiction and Society: Snowflakes and a Culture of Outrage

Snowflakes and Addiction: A Culture of Outrage 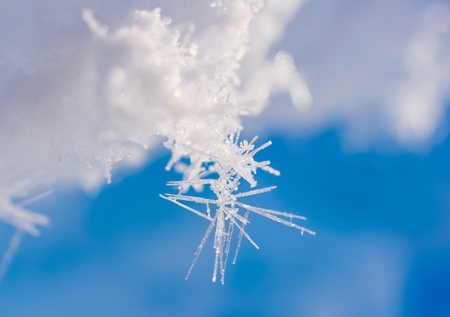 In today’s culture of outrage everything seems to be offensive to someone.  The term ‘snowflake’ is generally viewed as derogatory and refers to people who are entitled, genuinely distressed by ideas that run contrary to their worldview, and carry an inflated sense of their own uniqueness.  Fair or not, millennials are increasingly referred to as the snowflake generation.  Some argue that “snowflakes” are created by “helicopter parents,” who tiptoe around the sensitivities of their children and shield them from the realities of life.  With much still unknown about the implications of insulating oneself from the discomfort of encountering competing ideas, one question worth asking is:  “Is there a relationship between acute sensitivity to contrary opinions and addiction?”

Is short, yes, there is a connection between insulation from discomfort and addiction.  The relationship is inferential and tenuous.  There is no placebo controlled, double-blind, randomized trial investigating addiction rates amongst “snowflakes.”  There is not even an operational definition of snowflake.  However, there is an established relationship between difficulties delaying gratification, tolerating discomfort, and problematic substance use.  Encountering a competing opinion raises discomfort, and learning to tolerate discomfort is critical to personal growth.

Expressing a perspective incongruent with popular opinion these days often sparks a frenzied backlash of ‘hashtagavism’ from eager peddlers of offense. Nothing generates ‘likes’ and the dopamine surge that accompanies them like vitriolic outrage.  In the name of protecting people’s feelings we may be losing a vital mechanism of personal and societal advancement.  Competing ideas and disagreement create friction, and friction creates movement.  If our aim is to keep our feelings safe and warm and fuzzy all the time, and to not encounter ideas that challenge our thinking, beliefs, and worldview, then addiction to substances, smartphones, the familiar, and the known will only continue to hinder our personal growth and collective evolution.

It doesn’t take much to prompt a boycott or a protest these days.  A budweiser add honoring the immigrant roots of its founder?  Boycott.  Someone with an opposing view is scheduled to speak at my university?  Protest.  Without question, boycotting and protesting are powerful and vital methods of advancing change.  The Boston Tea Party, Gandhi’s Salt March, the Montgomery Bus Boycott, and the March on Washington are just a few shining examples in recent history of the power for boycotts and protests to catalyze positive change.

In today’s culture of outrage, however, the reality is that the boycott fad is not changing the patterns of consumer behavior at large.  According to a Professor of Management and Organizations at Northwestern University, even consumers who are ideologically in support of a boycott rarely follow through.  Like the boy who cried wolf, protesting every speaker whose opinions don’t align with campus culture, and boycotting every company for a message that does not align with a personal political stance saps the transformative spirit and dilutes the pioneering power of organizing, strategizing, and mobilizing groups of people for a worthy cause.

Our feelings will be hurt.  We will be exposed to “triggers.”  Not only are trigger warnings futile, they rob us of an opportunity to grow and change. How we choose to respond – whether it is to triggers, discomfort, adversity, anything – is our ultimate freedom.  Adopting an attitude of meaning towards suffering allows us to be successful because of our tribulations, not in spite of them.

Seeking safe zones if we don’t get our way cocoons us in the comfort and safety of our own beliefs.  Seeking new experiences and opinions at the risk of being wrong and hurt expands our thinking and resiliency by forcing new neural connections in our brains.  Technology is the latest chic addiction, and when it comes to insulating ourselves in a comfort bubble of soft, fuzzy feedback and unchallenging beliefs, it’s the perfect drug.  Facebook and twitter feed us and endless stream of click-bait meticulously crafted to align with our worldview so we don’t have to think critically or feel uncomfortable.

The phenomena of group polarization and groupthink underscore the dangers of surrounding ourselves with like-minded individuals.  When individuals in a jury favor stiff penalties, the ultimate outcome ends up being harsher than any one juror would have favored prior to deliberation. Graduate students at Stanford playing guards in a prison experiment famously abused their “prisoner” peers within a day of starting. Recent research into social media shows that group polarization occurs even when groups are not physically together.

A newsfeed of stories that is comfortably congruent with what we believe pushes opinions to the extreme.  Group polarization combines with groupthink (the desire for harmony in groups) and creates a powerful psychological force towards radical uniformity.  Misery loves miserable company, not just any company.  The need for diverse opinions in groups is critical, and it only takes one dissenting opinion to have a dramatic and positive balancing effect.

When it comes to addiction, the ‘us and them’ mentality of ‘addicts’ and ‘normies’ stimulates group polarization and groupthink.  The conventional “wisdom” suggests “addicts” are fundamentally different from other humans, which helps push addictive behaviors to further extremes – opiates rage out of control, overeating is rampant, phablet gadgets filter most of our communication with other humans.  We are far more alike than we are different, evidenced by the current scientific estimates that about 99% of our DNA is identical to every other human on earth.  The fun then is in the 1%, in what’s different.  It would be horribly boring without differences in DNA, without differences in opinion, without different perspectives.

Tolerance was a big political push for a while, but it always seemed like a tepid goal – wouldn’t it be better to embrace difference?  Now, even tolerance of different opinions is increasingly scarce.  To be fair, millennials get a bad rap.  Most millennials are not “snowflakes.”  Most college students don’t vandalize their campus or call 911 and threaten to execute people in response to a professor declaring that shows of force are oppressive and that one’s right to speak must not be based on skin color.  Most college students don’t seek warm-coco sipping hug fests when an election doesn’t go their way.  Those who proclaim outrage at a Yale professor because she dare suggest that college students are capable of self-censuring their Halloween costumes aren’t bad people, they will just benefit from increasing their distress tolerance and pain threshold. College campuses are about creating an intellectual space for competing ideas, not a home where everyone agrees and ‘yay-says.’

It is interesting that the “snowflake” label is reserved for millennials. Adults are guilty of snowflake sensitivity as well. The holidays are but one example of adult participation in the culture of outrage. Saying happy holidays offends some people, while saying merry Christmas offends others. Politics… well, need I say more? Most behavior is learned. Modeling is the most effective teacher. The so-called snowflake generation wasn’t created in a vacuum.

Before channeling outrage into a hashtag movement demonizing an alleged offender, it is also worth asking ourselves what we can learn about ourselves when we encounter that ‘other’ who we judge to be infinitely incompetent or heinously offensive. As Jung poignantly challenged us, anyone who irritates us is an opportunity to learn about ourselves. Irritation with an ‘other,’ then, is an encounter with our own shadow. The culture of outrage and offense offers us, both individually and collectively, an opportunity to look into our own shadow and do our own work. Whether we seek the comforts of substances or self-serving newsfeeds, we can benefit from locating within what we proclaim to disdain in others.