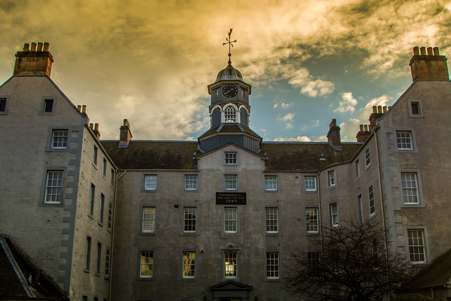 In modern, “sophisticated” society we like to believe in our lofty righteousness.  We are dignified, upstanding examples of integrity.  We parade about in our chrome-wheeled, semi-electric metal boxes. We adorn ourselves in proper fitting attire from a respectable department store. It is a nice, comforting bubble most of us float around in. Meanwhile, those folks who choose methods of consciousness alteration deemed immoral and unrighteous by the moral majority often experience a dark, shameful underbelly of vindictive tribunals and torturous treatment. Teen boot camps are perhaps the most shameful, immoral stain on the dark underbelly of America’s moral majority and its multi-billion dollar “treatment” industry. When it comes to hypocrisy, there’s nothing quite like torturing children in the name of morality.

The first red flag for teen boot camps is their method of admission. A teenager’s experience at a ‘behavioral academy’ usually begins with kidnapping. So-called “troubled teens” are abducted in the middle of the night and sent away to torture camps that employ a variety of horrendous tactics that can include public shaming, food deprivation, physical, sexual, and psychological abuse, strip searches, denial of bathroom use, forcing teens to consume their own disgorge, being chained in cages, being forced to use toothbrushes previously used to clean bathrooms, and plenty more “therapeutic” methods of “healing.” Teenagers are forced to write encouraging statements like, “I’m not good enough,” and “I’m worthless” over and over and over ad nauseam. Forced confessionals in public settings with an emphasis on sexual disclosures, sexual role plays forcing girls to give lap dances during “therapy,” and sexual exploitation by “counselors” are not uncommon methods of practice.

Enhanced interrogation (aka torture) sessions are shrouded with virtuous labels like ‘insight sessions’ to mask their stigma. Insight sessions are generally episodes of extended sleep, food, and bathroom deprivation that more often result in nightmares, depression, and anxiety than therapeutic insights. “Nature hikes” force teenagers to trek for miles in unrelenting heat with backpacks that can weigh 80-lbs – a practice that has resulted in numerous deaths and charges of negligent homicide. Torture results in PTSD, not healing. People often use substances to cope with PTSD, so boot camps that torture teens frequently worsen the very problems they are supposed to be treating.

How do these tactics continue to exist? Well, 15 years ago Forbes estimated that the ‘troubled teen’ industry was worth $2 billion.  Despite bad press and litigation, the troubled teen industry continues to thrive. Massive, conglomerate investment firms like Bain Capital wouldn’t own and be responsible for the one of the biggest names in the ‘troubled teen’ industry, Aspen Education, if there wasn’t a strong financial incentive and opportunity to boost quarterly profits. Clever tactics like changing facility names and rotating staff help teen torture camps persist in spite of litigation, creating a macabre ‘whack-a-mole’ dynamic to ensure that the camps survive and bank accounts of board members continue to swell. The litany of lawsuits filed against teen torture camps are usually settled out of court for millions of dollars in exchange for non-disclosure agreements. The million dollar settlements are seen as acceptable monetary losses when pitted against the billions of dollars of revenue torture camps generate for their upstanding board members back at investment firms like Bain Capital.

Straight, Incorporated, a notorious organization responsible for operating teen torture camps from 1976 to 1993, used to be the go-to endorsement for “treating” troubled teens by leading figures like Nancy Reagan and George Bush Sr. The original clinical director of Straight Inc, Miller Newton, earned his “Ph.D.” from a non-accredited university where he did not attend classes or take tests. Facing lawsuits and investigations from organizations like the United Nations for crimes against humanity, Straight, Inc. changed its name to the Drug Free America Foundation and it continues to thrive today.

One former Straight Inc. employee, Richard Mullinax, had this to say about his work in the program:

Many straight survivors lost their integrity, innocence, sense of self worth, youth, ability to trust others, family relationships and more… I realize now that many Survivors still suffer from diagnosed psychological disorders such as post traumatic stress disorder, severe depression, social phobias, panic disorders, etc. caused by imprisonment in Straight, Inc, and that many Survivors still endure vivid Straight, Inc. nightmares, can still hear the screams of children as they were abused, and cannot forget the abuse they personally endured or witnessed as vulnerable children. I am deeply ashamed of my role in this…”

As a society, we share in the shame by continuing to allow torture “treatment” not only to exist, but to thrive. The list of torture camps masquerading as treatment centers is sadly far too long to list. Diamond Ranch Academy, Heartlight Ministries, and Wordsworth residential treatment center are but a few camps currently facing or recently threatened with litigation. Aspen Education currently operates seven camps, but has been forced to close nearly 40 camps. Awareness has been raised about the traumatizing, torturous methods of teen boot camps in large part due to the tremendous courage and resilience of survivors. However, the fact that such camps still thrive is an outrage.

We live in a culture of outrage, so much so that an issue like torturing teens does not receive the genuine outrage it deserves. Outrage is watered down and diluted on a daily basis when social media hashtagavism attempts to rally support for ‘causes’ like calling on hobby lobby to remove decorative cotton. Meanwhile, teenagers are being tortured and traumatized simply for being teenagers. Teenagers are supposed to rebel. Rebellion is an essential component of the healthy and natural process of individuation. Helping teens channel their rebellion into motivation to pursue a path of meaning in their lives sounds a bit better than abusing and shaming them into mindless conformity.

Despite scare tactics that promise death and militant methods with a disdain for modeling vital life behaviors like flexibility and adaptability, most teenagers will mature out of problematic substance use on their own. PTSD, however, does not tend to cure itself and the damage that results from the traumatic torture endured at boot camps is often carried for life. A brief perusal of survivors’ accounts from teen boot camps offers compelling details into both their triumph of resiliency as well as the tragedy of the human capacity to brutalize our own kind. Teenage rebellion is probably better honored and honed than molested and disowned. Sadly, as long as these camps generate quarterly profits they will persist. It is up to parents to put them out of business by ceasing to send children off to be brainwashed and abused ‘for their own good.’