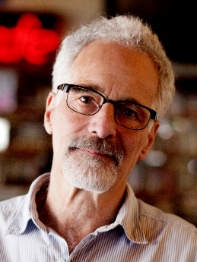 This month’s featured top-blogger of 2018 is Marc Lewis, Ph.D., who has published two books on addiction and hosts a blog called Understanding Addiction. His unique angle on writing about addiction comes from his experience as a neuroscientist and professor, which allows him to write about the journey of addiction and recovery with a scientific and academic spin.

Having been through addiction and come out the other side, he brings a sense of humanization and personalization to the treatment of addiction, which has left an impression on the recovery community worldwide.

Dr. Lewis took time out of his busy schedule to interview with us via Skype from his office in The Netherlands. With permission, we have transcribed his interview and posted it here for our readers.

PR: What is the best thing about being in recovery?

ML: I don’t use the word “recovery” much because I don’t know what it means. Do you mean to quit? Or to be finished with drugs? Or be controlling your use? Or any of the above?

PR: Any of the above.

ML: I think the best thing about that is the sense of freedom. The sense of connection with one’s self, the feeling that you’re not a bunch of fragments, not a bunch of contradictory motives going in opposite directions, you’re one coherent entity, you start to feel at home in yourself. That freedom and that sense of self-connection is tremendously gratifying.

PR: What would you say has been the most challenging?

ML: Most challenging part of recovery? Oh, well that’s easy! Staying away from drugs! Right? I mean, what else? People are still going to have cravings, very often, at least for the first few months, until they make a habit of it, of doing without, or controlling use, or using alternative substances, or whatever it is. Up until that point, it’s hard not to go back … especially when you’re stressed out, or depressed, or whatever, it’s hard.

PR: Would you say recovery gets easier over time?

ML: I think for most people, it does. You often hear of people “relapsing.” Whether it’s 5 or 10 years later because they’re doing so well, they can’t even imagine they would start to get into an addictive pattern again, so they think, “Why shouldn’t I have a few drinks?” or you know, “Take whatever substance it is, because I’m not going to go back there,” and then sometimes they do. But generally speaking, yes, it gets easier with time, for sure. And the first few weeks and months are usually the hardest.

PR: What would you say is the worst advice you’ve heard surrounding the issue of recovery?

ML: Oh, there’s so much. I guess the worst advice is you’d have to do it this way, and if you don’t, you’re going to die. We know that we often associate that with… aspects of 12-step philosophy, although some of them are not quite that dogmatic. Anyone who insists there’s only one way is really misleading and setting up a set of expectations and threats that are just completely unnecessary and usually destructive.

I guess another kind of bad advice is that if you relapse, you’re screwed. If you use drugs again, or if you drink again, you’ve gone back to the bottom of the pit. I think that’s terrible advice. Often, as we know, relapse can be a step towards recovery and people can gain strength, learning to do better and better each time they try.

And I also think the idea that total abstinence is required is counterproductive advice. Total abstinence works for some people, [but] for other people, no. And it also often takes a while to get there.

PR: What would you say is the best advice you’ve heard?

ML: [W]ell, often, I think the idea that it’s hard to do it alone can be very useful advice. You might need somebody there, whether it’s a group, a sponsor, a friend, a partner, lover, or family member, you might need someone there to help. Someone you can really trust to talk about not only the urges, but also about the failures. That can be very good advice.

PR: You’ve written a book – Memoirs of an Addicted Brain. What inspired your book?

ML: My more recent book is the Biology of Desire: Why Addiction is Not a Disease. That one came out just about 2.5 years ago. It’s been quite popular. Both books have done well.

As far as my memoir, that was the story of my addiction, or addictions. I also described a lot of the brain processes underlying drug use, drug experiences, and addiction as well, which are not synonymous, since obviously not all drugs are addictive and not all drug taking leads to addiction. They’re very different sorts of neural signatures.

PR: In our culture which stigmatizes addiction, did you have any hesitation going into writing the book, about having that publicized?

ML: No, because it had been a long time. I mean, I was also a full professor at University of Toronto. I had a pretty high prestige job and I had done very well in my career. I [also] hadn’t used illegal drugs since the age of 30 (which was roughly 30 years before), so given that, I didn’t expect very much backlash, and I didn’t get very much.

PR: You also have a blog – Understanding Addiction. What inspired the blog?

ML: The blog is really a meeting place for people who have been in addiction, are currently in addiction, those who have recovered (or have almost recovered), and family members and professionals who deal with those people. I do a post about every couple of weeks, and I get a lot of comments. The comments are great! My blog community is compassionate, intelligent, supportive. [The blog doesn’t get] the usual crap that goes on in comments sections, you know, where people start lashing out at each other – there hasn’t been any of that. It’s been a great experience for me and people have really enjoyed the blog. My posts are usually about the experience of addiction, the science of addiction, the psychology, the neuroscience of addiction. These are the things I understand. Sometimes harkening back to my own experiences, but very often talking about what I’ve learned from other people.

PR: For somebody just starting out on the recovery path, with what message would you want to send them on their way?

ML: Well, there’s a lot. And I actually do some psychotherapy with people who are trying to stop using drugs, or slow down. I guess one of the most important messages, I think, is to work on changing the way you talk to yourself: the internal dialogue. The internal dialogue is often very destructive, as you may well know, in addiction. People lacerate themselves with self-contempt and denigration and shame and stigmatization, and that often resonates with what they’re getting from other people, or what they think they’re getting from other people. So changing that internal dialogue, I think, is fundamentally important. It allows people to feel better about themselves, to feel happier and more whole. And therefore, I don’t usually start by saying you have to stop taking drugs. In fact, I never say you have to stop taking drugs. I say, “What I want to work on with you is how you can feel better and more whole.” Then probably, if taking drugs is more trouble than it’s worth, and it’s hurting more than it’s helping you, you’re going to stop.

PR: So essentially the cost/benefit analysis. Once the cons outweigh the pros, it generally leads toward a different path?

ML: Yeah, but the pros are also not to be ignored. People take drugs for very specific reasons. They usually take them to deal with their anxiety, depression, and all the rest of it. So, you never want to downplay the advantages that drugs are providing for people. That’s part of the story.

Of course, there are consequences and costs, and most people don’t feel that those costs are worth it, eventually, and they do stop.

We are so grateful to Dr. Lewis for allowing us to interview him. His insight and experience in the field of addiction has left an impression on the addiction and recovery community, and we are extremely thankful for his contributions.