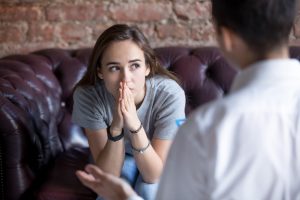 Recent revelations of scams and manipulations on Wall Street have opened our eyes as to just how greedy and dishonest some individuals can be. It should be no surprise that there are individuals who prey on the desperation of parents whose teens have become involved in alcohol and other drugs, gangs, crime, and violence. Considering the many forms of trouble that seem to attract teens, and our seemingly limitless willingness to sacrifice for our kids, parents of troubled teens are appallingly at risk for exploitation. This sad truth is grippingly revealed in Maia Szalavitz’s appropriately titled Help at Any Cost: How the Troubled-Teen Industry Cons Parents and Hurts Kids (Riverhead Books, 2006).

Even professionals in human services are often not aware of what can be done for teens that are safe and effective. Though well-intentioned, professionals may in ignorance become the conduit bringing parents to individuals who sell “tough-love” programs and boot camps with tales that escalate the legitimate concerns of parents into a blind panic. Szalavitz’s book describes how parents are threatened that if they do not do as instructed their children will end up dead. Parents may be persuaded to mortgage their homes to pay and to allow their teens to be kidnapped out of their beds and taken to tough boot camps.  These camps are run by inexperienced and under-qualified staff and be ineffective at best, harmful at worst.  Among the worst abuses is that teens are prevented from communicating privately and directly with their parents, who would remove their teens if they knew what was actually happening to them.

What’s the alternative?  There are several “Evidence-Based Practices” supported by rigorous evaluations of treatment effectiveness in both the short and long term.  The treatments include parents and other family members and focus on behavior change. Three such approaches, not found in the Szalavitz book, are described below.  Before you act on the urge to send your teen to boot camp, or alcohol and drug rehab, you might want to check out these options.

The most intensive evidence-based practice, Multisystemic Therapy (MST), is a family-focused, home-based program that focuses on chronically violent, substance-abusing juvenile offenders who are at high risk for out-of-home placement, and who are 12 to 17 years of age.

Multidimensional Family Therapy (MDFT) is an outpatient family-based substance use treatment for teenagers. It recognizes that adolescent drug use originates from a network of influences (individual, family, peer, community).  MDFT works to reduce unwanted behavior and increase desirable behavior in many different ways and settings, using individual and family sessions held in the clinic, in the home, or with family members at the family court, school, or other community locations.

One important advantage of family-based approaches, over addiction treatment and support groups for teens, is that teens with lesser problems do not pick up more serious problems by associating with other teens who have them.

Szalavitz notes that the best way to prevent substance use problems is to see that your teens have goals.  You can do this by showing interest and curiosity about their daily lives when they are younger, and about their life plans as they become teens. We should also keep them safe, connected to you, on track for college or other positive future plans, and working towards their goals.