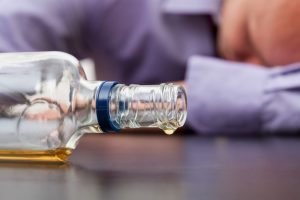 Among men who seek alcohol recovery, there are high rates of co-occurring alcohol dependence and intimate partner violence (IPV). IPV may include physical abuse, sexual abuse, threats, and emotional abuse directed toward current and former spouses and dating partners. A sensible approach for alcohol treatment for these men would need to include interventions that address both drinking and violence.

Previous studies show that drinking increases physical abuse. In 2003, for example, Fals-Stewart (2003) conducted a study of 137 men which found that men who drink alcohol and have a predisposition for IPV are more likely to be violent on days when they drink alcohol. The study found that the odds of any male-to-female aggression were eight times higher on days when the men drink alcohol, versus days with no alcohol consumption. The chances of severe male-to-female physical aggression on drinking days was more than 11 times higher. The odds of any male-to-female violence on days of heavy drinking (six or more drinks within 24 hours) by male partners were more than 18 times higher, and the odds of severe violence on drinking days were more than 19 times higher. This study showed a significant relationship between men’s drinking and violence against their partners.

What is the relationship between alcohol consumption, violence, and neurocognitive deficits? Heavy drinking appears to be a risk factor for domestic violence as well as neurocognitive problems. Could it be that men with certain neuropsychological problems are at higher risk of alcohol dependence and IPV? In any case, treatment providers should address the elevated risk of domestic violence for alcohol-dependent men in alcohol recovery.

Fals-Stewart, William. The occurrence of partner physical aggression on days of alcohol consumption: A longitudinal diary study. Journal of Consulting and Clinical Psychology. 2003; 71(1): 41-52.