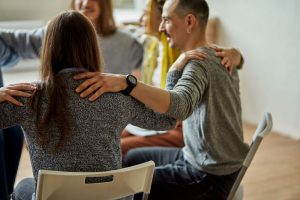 An agonist binds to a specific receptor and triggers a response that often mimics the response of another drug or naturally occurring substance. For example, methadone is an opioid agonist that mimics the effects of opiates. Antagonists, on the other hand, bind to the receptor and block the effects of drugs. Naltrexone, for instance, is an antagonist that blocks the effects of opiate drugs. A partial agonist such as aripiprazole binds to the receptor and triggers a response, but the response is not as strong as that from a full agonist. (Examples of dopamine agonists include ropinirole (Requip) and pramipexole (Mirapex), which are both approved by the FDA for the treatment of restless leg syndrome.)

Various dopamine receptor agonists and antagonists have been studied as pharmacotherapies in alcohol recovery, and results have been mixed. Researchers from the Catholic University Medical School in Rome noted that dopamine receptor partial agonists had not been investigated in alcohol use disorders, and they set out to examine the effect of aripiprazole on alcohol-dependent subjects (Martinotti, Di Nicola & Janiri, 2007).

The researchers treated 13 detoxified alcohol-dependent subjects with flexible doses of aripiprazole for 16 weeks. Six of the subjects remained alcohol-free throughout the study. All subjects experienced a reduction in craving as measured by the Obsessive Compulsive Drinking Scale (OCDS) and the Visual Analogue Scale (VAS). The OCDS reflects obsessive and compulsive characteristics of drinking-related thoughts, urges to drink, and the ability to resist the urge to drink. A VAS allows the subject to designate the strength of craving along a continuum from no craving to severe craving.

All subjects also showed a decrease of the SCL-90 General Sensitivity Index (GSI), which measures overall psychological distress. The results of this pilot study suggest that in the future aripiprazole may have a role in alcohol treatment and alcohol recovery as a partial dopamine receptor agonist. The drug appears to reduce the urge to drink and thereby reduce the risk of relapse.

Ultimately addictive behavior requires psychological changes such as the ones that occur with cognitive behavior therapy (CBT). CBT helps individuals cope with cravings, identify and respond well to triggers to use, and manage their emotions successfully.  CBT can also be useful in recovery because many individuals in recovery have co-occurring disorders such as depression or anxiety, which are also effectively addressed by CBT. Alcohol recovery and alcohol rehab programs are ultimately based on counseling rather than medication, even though medications can have a useful role in many aspects of recovery, including reducing cravings.