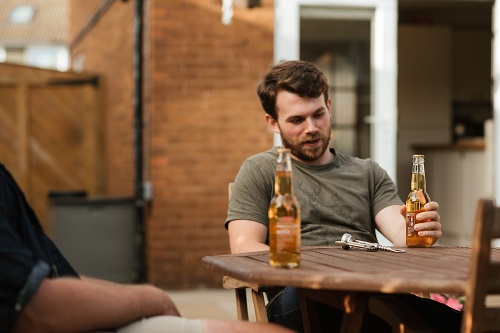 In a non 12 step approach to recovery, a self-empowering addiction treatment plan can be created for an individual who would like specific needs met. A self-empowering approach to recovery, even if it is a brief alcohol treatment intervention, can be utilized by people in treatment and at-risk drinkers, alike. This approach incorporates focusing primarily on underlying issues and finding motivations that are deeper than the addiction.

It is important to identify at-risk drinking among individuals as early as possible. Serum gamma-glutamyl transpeptidase (GGT) levels may identify heavy alcohol consumption; brief screenings in general health settings may also be used to identify at-risk drinking. For example, at-risk drinkers might be identified as those who consume alcohol more than a certain number of days per week, or those who consume more than a certain number of drinks per week. Previous studies suggest that a brief alcohol treatment intervention in a general health setting — such as advising a number of alcohol-free days each week or switching to lower-alcohol beverages — significantly reduces alcohol consumption after a year. Odd Nilssen at the University of Tromso in Norway set out to examine whether such brief interventions have a lasting impact after several years (2004).

A group of 338 at-risk drinkers were identified (based on elevated GGT levels and reports of drinking at least 2-3 times a week) in a general population screening study in 1986. The participants were divided into 3 groups: one group received a minimal intervention in which they were asked to consider possible reasons for elevated GGT; the second group received a slightly longer intervention in which alcohol-free days and lower-alcohol beverages were suggested; the third group served as the control group with no intervention. After one year, results showed a 50 percent reduction in alcohol consumption for both intervention groups and a 20 increase in alcohol consumption in the control group. At this one-year follow-up point, controls received a brief alcohol intervention and advice to reduce their drinking. The current study examines the outcome 9 years later.

In 1995, 247 of the original 338 participants were re-examined. The primary measure was GGT, and GGT values were compared to those from 1986. A pseudo-control group was created from individuals who had GGT levels slightly below inclusion criteria for the original study in 1986 but reported alcohol consumption at least 2-3 times a week; 62 pseudo-controls who never received alcohol treatment were re-examined in 1995.

Results showed that after 9 years all 3 intervention groups showed significant mean reduction in GGT levels. Further, these reductions were significantly greater than reductions seen in the pseudo-control group. The authors conclude that the impact of brief alcohol treatment appears to be long-lasting. In this study, the at-risk drinkers who received brief treatment had GGT levels close to those of the background population after 9 years.

“In conclusion,” the researchers wrote, “the view that the effects from brief intervention in at-risk alcohol drinkers only represent short-term effects was not confirmed in this study. On the contrary, at-risk drinkers seem to respond beneficially to brief intervention.”

See also: What is the Best Alcohol Treatment?