Depression and Obesity Among Young Women in Alcohol Recovery 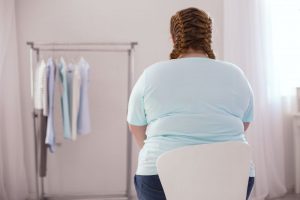 A team of Washington University researchers collected data from young adults at the ages of 24, 27, and 30 (McCarty et. al., 2009). Nearly half of the 776 participants met the criteria for depression, obesity, or alcohol use disorder at each time point.

Alcohol Use Disorder Stats From The Study

Researchers did not find the same associations between depression, obesity, and AUD among men. Interestingly, obesity offered men some protection against developing depression.

What We Can Takeaway

Lead author Carolyn McCarty, a research associate professor of pediatrics and psychology, said, “For women, there is a great deal of overlap between these common emotional and health problems that span early adulthood. Men may develop one of these conditions but they don’t tend to lead another one later on.

“These conditions are major public health problems. They take a toll on families and community and are not subject to quick fixes. It requires a lot of time, money, and energy to treat them.”

Researchers hypothesize that the caloric intake associated with AUD may trigger metabolic processes that lead to weight gain “Or there may be an underlying connection to levels of dopamine, a neurotransmitter, in the reward pathway in the brain because the same pathways reward both food and alcohol intake,” McCarty said in an interview. “It also may be that some people substitute food for alcohol, leading to obesity.”

AUD Increases The Risk for Obesity Among Young Women

Why are obese women more likely to become depressed when obesity seems to protect men from depression? McCarty suggests that different attitudes about body image may be the answer.

“Body image is particularly important for women,” said the lead author. “There seems to be a transfer – that when women feel bad, they eat more. That can have devastating effects emotionally and physically. But for men experiencing obesity, the reverse is true, and obesity seems to be protective against depression. It’s the so-called ‘jolly fat man’ theory, which suggests that overweight people are actually happier.”

Women who are obese and depressed are more likely to use alcohol to cope with stress and emotional problems. Clinicians treating women in alcohol recovery should be aware that depression and obesity have high rates of co-occurrence. Effective stress management may be the key to breaking the vicious cycle. Part of this stress management may involve helping women understand how social forces (such as subtle forms of discrimination against women) may have a role in their own lives and their own alcohol recovery.