Drug Rehab May Soon Include Pharmacogenetics 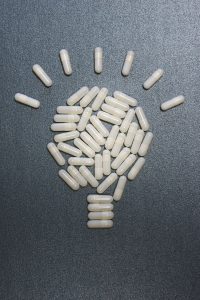 Pharmacogenetics looks at genetic variation to predict individual differences in response to medications. Individuals may metabolize the same medication in different ways, and their genotype may indicate some of these differences in drug metabolism. Proponents of pharmacogenetics hope that this relatively new field of study will lead to increased efficacy and safety for a wide array of drugs, including those used for addiction treatment. The addiction medicine aspects of drug rehab may be substantially improved if pharmacogenetics lives up to its promise.

Haile, Kosten, and Kosten researched how genetic variation might affect responses to cocaine, amphetamine, and methamphetamine and how genetic differences might guide pharmacotherapy. They performed a cross-referenced literature search in order to describe functional genetic variants for various enzymes including dopamine-beta-hydroxylase, catechol-O-methyltransferase, and dopamine transporter, as well as the dopamine D4 receptor and brain-derived neurotrophic factor (nerve growth factor).

The researchers found that genetic variation in the dopamine-beta-hydroxylase gene is relevant to paranoia associated with disulfiram therapy for cocaine addiction. Individuals with certain variations of a gene of the dopamine transporter system exhibit altered responses to drugs: some respond poorly to methlphenidate pharmacotherapy, while others show blunted euphoria and physiological response to ampthetamine. The genotype that indicates a blunted response to amphetamine suggests a “protected” phenotype; these individuals appear to be less likely to suffer from amphetamine addiction. By studying their metabolism of amphetamine, researchers may find new drugs to treat amphetamine addiction.

The researchers also found that variants in the genes for catechol-O-methyltransferase, dopamine receptor, and brain-derived neurotrophic factor are linked to methamphetamine abuse as well as psychosis. In the future, genetic testing may help these at-risk individuals avoid high-risk situations. However, genomic knowledge could conceivably increase risk. For instance, if an individual knew that he or she were likely to experience euphoria by using a particular drug, would he or she be more or less likely to use that drug?

The researchers concluded that disulfiram and methylphenidate pharmacotherapies for cocaine addiction are optimized by considering genetic variations. Pharmacogenetic therapies will play an ever-increasing role in medicine and addiction treatment. Currently, pharmacogenetic considerations are not common because of the high cost of gene sequencing. However, the cost of gene sequencing continues to drop.

IBM has announced that it is working on a “DNA Transistor” that will bring the cost of sequencing an individual’s entire genome down to below $1,000. The technique involves drilling nanometer-size holes through silicon chips and passing strands of DNA through the holes to decode genetic information.

“We are merging computational biology and nanotechnology skills to produce something that will be very useful to the future of medicine,” said IBM scientist Gustavo Stolovitzky. “Ultimately, it could improve the quality of medical care by identifying patients who will gain the greatest benefit from a particular medicine and those who are most at risk of adverse reaction.”

In the future (perhaps in the near future), patients entering a drug rehab facility might have their genomes scanned inexpensively to inform medical decisions and predict drugs with high potential for abuse. However, pharmacogenetics has its limitations because genotype does not necessarily predict phenotype. In other words, the same DNA sequence may lead to different characteristics among individuals because of differences in gene expression; this is known as epigenetics. Expect to see future studies on “pharmacoepigenetics.”