How does one develop a willingness to change in alcohol treatment? 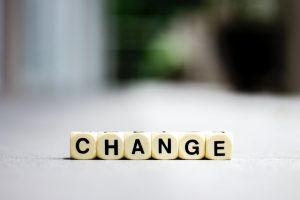 Previous research shows that different individuals have different motivations for seeking drug and alcohol treatment. In one study, for example, “weighing the pros and cons of drinking and drug use” and “warnings from spouse” were the most frequently cited reasons for seeking treatment. A great deal of attention has been devoted to the stages of change once an individual is in treatment, but comparatively little attention has been given to the processes that lead to treatment-seeking or willingness to change in alcohol treatment. Researchers at Goteborg University in Germany set out to examine answers to the following questions: “How do men and women with recent experience of seeking treatment describe their paths to treatment?” and “What promotes and what hinders treatment-seeking?” (Jakobssen et. al., 2005).

You may also be interested in: The Self-Empowering Approach

Falling in love might be an example of an actuating inner force. However, negative life experiences may hinder willingness to change. An existential threat, such as an ultimatum from a spouse, might also be an example of an actuating inner force at play. Ambivalence, or conflicting feelings and thoughts, was often dealt with by acknowledging the significance of alcohol and acknowledging loss of control. The feeling of loss of control promoted willingness to change. Hoping to turn the situation around, by anticipating a better future, seeking reconciliation, and enhancing well-being, also promoted willingness to change.

What Impacts a Willingness to Change in Alcohol Treatment?

The authors reported that the processes affecting willingness to change and treatment seeking were highly complex and involved internal and external factors. The grief related to thoughts of abstinence and the social significance of alcohol was the most powerful hindering factors of willingness to change. The authors suggest that these feelings should be considered when urging individuals to seek alcohol treatment.

“Our findings also point to the social, psychological and cultural importance of alcohol today when most adults in the western world are alcohol consumers,” the authors conclude. “The meaning of alcohol in people’s lives and the expectation of loss should alcohol be eliminated, needs to be addressed when studying willingness to change. Our study can form the basis for an investigation that focuses on gender and treatment-seeking behavior, and our findings also emphasize the importance of a further exploration of the significance of existential factors in promoting a change in lifestyle patterns.”