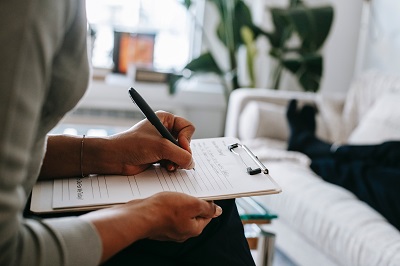 Previous studies suggest the existence of a socially constructed “script” for alcohol problems that is widely known and learned through common social learning processes. The term “script” refers to a functional, learned social cognitive schema. Such a script might affect the results of questionnaires in alcohol treatment programs. Researchers at the University of Strathclyde and the University of Abertay in the United Kingdom examined the extent to which problems reported by alcohol users are derived from social scripts rather than from memory (Davies et. al., 2004).

“The results of this study complement research in other areas that cautions any assumption that the act of recall is simply analogous to retrieval of data, unmodified, from a computer,” the authors wrote. “On the other hand, the study also suggests that a conceptualization of reports from substance misusers that ignores the socially mediated and functional nature of their responses, and in its place categorizes the things that people tell us in terms of a simple dichotomy between ‘truth’ and ‘lies’, misses the fundamental significance and purpose of language. It goes without saying that many experienced clinicians will already be aware of the dangers of taking everything that their clients say at ‘face value’ and fully appreciate the metaphorical and functional nature of much that is said. In many cases they will also be in a position to interpret responses in the light of clinical experience and in the context of other, and possibly collateral, data that are available. From such a standpoint, the present findings are perhaps not so surprising. Even so, certain subtle differences between ‘scripts’ give clues as to how complementary methods of assessment might be developed in the future that might give better prediction of treatment outcome at the individual level. Paradoxically, there might be added value in involving problem drinkers in describing other people’s drinking, in addition to involving them in a presumed ‘recall’ exercise about their own. The area remains ripe for further exploration.”