Are you or a loved one struggling with MDMA abuse?

MDMA (3,4-methylenedioxy-methamphetamine), also known as Ecstasy and Molly, is a synthetic drug with both stimulating and hallucinogenic properties. It is identified as a “club drug,” often used in the context of “raves”, parties, and music festivals. MDMA is typically ingested orally, in the form of a pill.

Differences Between Ecstasy and Molly 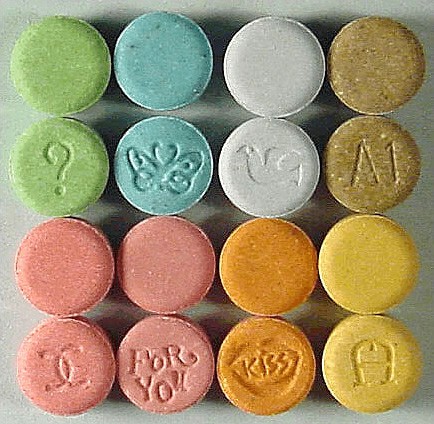 Ecstasy usually comes in white, brown or brightly colored tablets that are often branded with a stamp. Most often orally ingested, the club drug can also be smoked, snorted and injected. Ecstasy is typically cut with other substances such as sugar, caffeine, ketamine or methamphetamine.

Users tout Molly as being a more pure form of MDMA, but can be cut with other substances . The drug comes in capsule, tablet, powder or crystalline rock form. Usually swallowed or snorted, Molly can also be injected or used as a suppository.

MDMA, like other stimulants, can cause significant health problems even in the short term. It can increase heart rate and blood pressure, potentially creating a cardiac emergency. MDMA can also interfere with the body’s ability to regulate temperature, which can lead to failure of the body’s organs and even death. Additionally, MDMA is often mixed with other substances (such as ketamine, cocaine, methamphetamine), creating the potential for dangerous or even fatal drug interactions.

When used over a long period of time, MDMA can cause physical and emotional problems, including:
• Depression
• Changes to the brain, specifically serotonergic systems
• Decline in cognitive and psychomotor functioning
• Memory impairment
• Sleep abnormalities
• Increased risk of cerebrovascular accident (stroke)

The surge of serotonin created by MDMA depletes the brain of that important neurotransmitter. This can result in the following symptoms when one is “coming down” or withdrawing from MDMA:
• Anxiety
• Depression
• Mood swings
• Confusion
• Cravings for the drug
• Problems with sleep
• Fatigue
• Irritability
• Loss of appetite

The Science Behind MDMA

Once MDMA is ingested, its effects can typically be felt within 30 minutes to an hour. MDMA increases the activity of three neurotransmitters in the brain: serotonin, dopamine, and norepinephrine. The large amounts of serotonin released in the brain as a result of MDMA influence mood and create feelings of love and sexual arousal often experienced by users of the substance.

According to the National Institute on Drug Abuse (NIDA), studies have been inconclusive as to the addictive properties of MDMA.

While there are no treatments that are known to be effective specifically for MDMA abuse/dependence, treatments that work for other addictions can be helpful. Cognitive behavioral treatments, which address thoughts, feelings, and behaviors, are commonly used. Treatment may also focus on increasing coping skills in order to better manage stress and emotional upset.

At this time, there are no known pharmacological treatments for MDMA abuse or addiction.

If you or a loved one are abusing MDMA, recovery is possible. Learn more about our  non 12 step addiction treatment services and give us a call today!