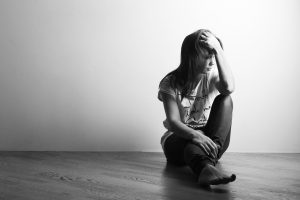 Major depressive disorder (MDD), or clinical depression, is characterized by low mood, low self-esteem, and loss of interest or pleasure. The DSM-IV recognizes five subtypes of MDD. Could different subtypes of MDD affect drug recovery for different substances? If so, drug rehab would need to consider these subtypes when treatment plans are formulated regarding melancholia and drug recovery.

To begin, let’s review the subtypes of MDD. The five subtypes are as follows:

Seasonal affective disorder (SAD) typically occurs during the autumn or winter months and resolves in the spring. The diagnosis of SAD can be made if at least two depressive episodes have occurred in colder months with none at other times, over a time frame of at least two years.

Atypical depression is characterized by mood reactivity (a depressed mood that can suddenly become positive), weight gain or overeating, excessive sleep, leaden paralysis (a sensation of heaviness in the limbs), and sensitivity to interpersonal rejection.

Melancholic depression, or melancholia, is characterized by a loss of pleasure in all or most activities, non-reaction to pleasurable stimuli, a depressed mood that goes beyond that of grief or loss, exacerbation of symptoms in early morning hours, early morning waking, psychomotor retardation, excessive weight loss, or excessive guilt.

What the Studies Show Regarding MDD’s

In the current study, Leventhal, Lewisohn, and Pettit examined associations between melancholic depression and various substance use disorders (SUD). They followed 460 community-dwelling participants, assessing them for DSM-IV mental disorders (using structured clinical interviews) at ages 24 and 30.

The researchers found that melancholia and drug recovery were risk factors for each other during the six-year follow-up period after the assessment at age 24. The associations between stimulant SUD and melancholia were significant after controlling for clinical severity. Alcohol and cannabis use disorders, on the other hand, were not robustly associated with melancholia. What these findings mean is that if someone uses stimulants (e.g., cocaine, amphetamine, or ADD medications such as Ritalin), these individuals are more likely to be depressed, and vice versa.

The study does not allow us to conclude that one causes the other, only that they are associated. By comparison, if someone uses alcohol or cannabis, they are not more likely to be depressed, and vice versa. What is ironic about the association between stimulants and depression is that stimulants are the “get up and go” drugs, and depression is a syndrome in which the patient often just wants to sit there doing nothing.

Depression is a Description of Symptoms that Fall into Subtypes

It is important to recognize that depression is not so much a disease as a description of symptoms that may fall into various subtypes. These subtypes may differ in symptoms, response to various medications and therapeutic approaches, and perhaps even underlying neurochemical mechanisms. By examining the associations between subtypes of MDD and different substance use disorders, researchers should come to better understand the co-morbidity between depression and SUD and how to create treatment plans that successfully address both problems.