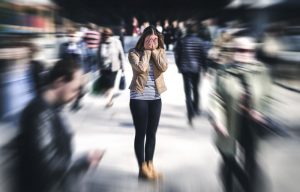 Although drug courts successfully reduce rates of recidivism for participants, research indicates that there is a need to develop mental health screenings to detect co-occurring mental health issues during associated drug treatment.

What is a Drug Court?

The first drug court was formed in Miami-Dade County, Florida in 1989. There are currently more than 2,140 drug courts representing all 50 states in the United States. Because of the popularity of drug courts, we are likely to see an expanding body of research about their effectiveness as a form of drug treatment.

The History of Drug Courts

It appears that drug courts have been successful in reducing recidivism. According to the National Association of Drug Court Professionals (NADCP), 75 percent of drug court graduates remain arrest-free at least two years after completing the program. Several studies indicate that drug courts significantly reduce crime by as much as 35 percent more than other sentencing options. Drug courts also save money, according to NADCP. For every dollar invested in drug court, taxpayers save a much as $3.36 in criminal justice costs. When considering other cost offsets such as savings from reduced victimization and healthcare service utilization, benefits may range up to $12.00 for every dollar invested. Drug courts produce a cost savings of $4,000 to $12,000 per client. These cost savings come from reduced prison costs, reduced arrests and trials, and reduced victimization.

Drug courts also ensure compliance. Approximately 70 percent of substance abuse offenders drop out of treatment prematurely unless they are regularly supervised by a judge and held accountably. Drug courts are six times more likely to keep participants in drug treatment long enough for them to overcome their addiction.

The drug court model has proven successful as an alternative to incarceration, but its drug treatment component may tend to focus on drug addiction and neglect co-occurring mental health problems. Weitzel et. al. found a need to develop appropriate mental health screening instruments for use in drug court settings so that participants can receive necessary services (2007). The researchers utilized the Psychiatric Diagnostic Screening Questionnaire and similar instruments to screen 108 drug court participants in treatment.

The results indicated that one-quarter to one-half of the participants should be referred to follow-up for a mental health issue. Unfortunately, the professional worlds of drug treatment, and mental health treatment, have remained relatively separate. This study’s results are a reminder that we must accept our clients as we find them. Regardless of whether the client is first identified as having a drug problem or a mental health problem, it is quite common for the client to have both, and to need assistance with both, to have a good outcome with either problem.