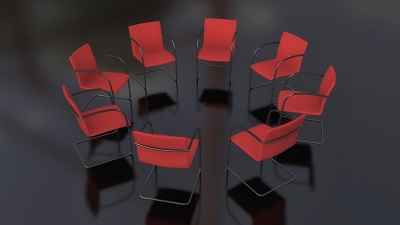 According to a new ground-breaking study, individuals attending SMART, LifeRing and WFS now have scientific support for their choice to attend these groups.

However, this finding has many precedents, and therefore is not especially “single” or divergent. Although not a controlled trial, Atkins and Hawdon (2007) found individuals in multiple mutual help groups to obtain similar outcomes. In psychotherapy research generally it has been difficult to find clinically significant and enduring (across multiple studies) differences between specific therapy approaches (Norcross & Lambert, 2011). Rather “common factors,” skillfully applied in the context of a specific therapy approach, appear to be the primary mechanisms of change. These common factors include having the therapist and client agree on treatment goals, developing a mutually agreeable plan for obtaining these goals based on the therapist’s empathy and respect for the client, and willingness to be authentic and genuine in the relationship. Specifically for alcohol treatment, Project MATCH (1997) found no substantial differences between three very different approaches to individual treatment for alcohol problems, and Imel, Wampold, Miller and Fleming (2008) found that a wide range of individual psychotherapies for alcohol problems were comparably effective.

If we extrapolate from the findings on individual treatment for alcohol problems, we would expect to find no differences between groups addressing alcohol problems. Further investigation will reveal how accurate this extrapolation is.

For the moment, how might these four approaches have comparable effectiveness? To simplify, we could consider them as two approaches: 12-step and its powerlessness approach on the one hand, and a self-empowering approach (SMART, LifeRing and WFS) on the other (even though there appear to be significant differences between these three groups). Fortunately, we have evidence about how the 12-step approach works. After 25 years of substantial scientific investigation we can conclude that, for most participants, change in 12-step groups is not about having a spiritual awakening (Kelly, 2017). Rather, most 12-step participants benefit primarily by gaining new social connections, and by making the kinds of changes in their thoughts and feelings that psychotherapy accomplishes. Again by extrapolation, it appears likely that all four groups work by these same mechanisms. If we look beyond the surface differences—which are substantial–to the fundamental but less visible similarities, we have not four approaches or two approaches, but rather one approach to mutual help.

What are the clinical implications of these findings? If you have been waiting for scientific evidence for responding to the still widespread statement that “12-step is the only thing that works,” now you have it! If you weren’t confident that these groups worked comparably well, the latest evidence suggests they do. If you do not have these self-empowering groups available for yourself or your clients, then (incorporating the ideas of Kelly, 2017) you can refer clients to 12-step meetings while advising them that, for most individuals, it is community rather than approach that is important. Participants in 12-step groups do not need to conform to specific ways of working the 12-steps or having a spiritual awakening. As Kelly notes: “Some members, however, may merely put up with, or otherwise ignore, the explicitly spiritual aspects while taking advantage of the other elements” (2017, p. 933).

The effectiveness of community over approach (or program) may be hard to accept for some participants in all these groups, just as some psychotherapists have defended specific treatment interventions over common relationship factors of change. Nevertheless, where multiple mutual help groups are available, it appears likely that many individuals will find some more appealing than others. Further, because in the self-empowering groups the style of the meeting leader has a significant impact on the group experience, some participants may be choosing a leader more than an approach (just as they do in psychotherapy).

Zemore and her team are to be congratulated for these powerful findings. Let us hope they soon permeate the entire addiction treatment industry, and lead to a deeper appreciation of the need for, and benefit from, multiple pathways to recovery.