Addiction as a Brain Disease? Cherry-Picking the Surgeon General’s Report

Addiction as a Brain Disease? 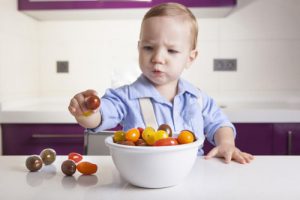 The Surgeon General’s “landmark” report is generating a fair amount of media attention and discussion.  While it is valuable that substance use and related issues are receiving more attention, the aspects of the report receiving the lion’s share of the limelight are disappointing.

Yes it is a true, as many media stories highlight, the report refers to addiction as a chronic brain disease multiple times – 10 times in 428 pages by my count.  Unfortunately, the reporting stops there.  What is not covered in the media is that the Surgeon General’s report specifically states that addiction is a chronic brain disease, and the term addiction refers only to the most severe form of substance use disorders.  Thus, moderate and mild substance use disorders as well as un-diagnosable substance misuse do not qualify as addiction.  Therefore, most problematic patterns of substance use are not defined as a disease.

Given the many professional opinions that disagree with any level of substance use being a disease, it is disappointing that the Surgeon General’s report discussed addiction as a disease in definitive language.  The report aims to de-stigmatize addiction, yet by using the chronic brain disease language the report simultaneously perpetuates the very stigma it is attempting to lessen.  It is unfortunate that the nuance of the report’s use of the term brain disease is being reported as an umbrella term for all problems with substance use.

In addition to the overgeneralized reporting on the use of the term brain disease in the media, many powerful messages of hope contained in the report do not seem to be getting the press they deserve.  The Surgeon General’s report states clearly that remission and full-recovery can be achieved with evidenced-based care provided for adequate amounts of time by properly trained health-care professionals.  In fact, the report states that there are more than 25 million people who once had a problem with alcohol or other substances and no longer do.  Disease or no disease, addiction can and often is beaten.  Why these messages of hope in the Surgeon General’s report are not getting much coverage is a mystery, but at least they’re in there!