Human Adaptation and Adjusting to Change 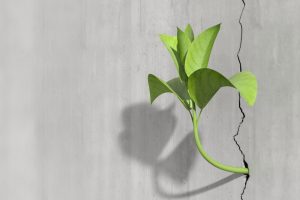 Humans are masters of control.  We push a button for the exact temperature we want, the exact food we want, the exact gift we want, the exact date match we want, the exact everything we want.  God forbid the one-click purchase sends the grey headphones instead of the black ones I ordered, and that darned grubhub driver better not forget my side of special garlic sauce again!  Human efforts to bend nature to our will undoubtedly resulted in numerous advancements that help our survival.  However, when it comes to trying to bend people with addictive problems to the will of counselors and pre-fabricated rehab programs the results often backfire.  In both life and addiction the hyper-focus on control comes at the expense of developing and refining the profound human capacity for adaptation and willingness for adjusting to change.

The examples of psychological adaptation in humans are plentiful.  Evolutionary psychologists theorize that traits such as pregnancy sickness, fear of snakes, and humour (along with may others) function to increase an individual’s fitness.  However, the success of human kind in our efforts to control our environment, to build walls, hold heat, protect from storms and predators, and stay safe seems to have largely resulted in a disconnect from our exceptional capacity to adjust to change successfully.  Recent, unanticipated global events serve as a potent reminder that, despite overwhelming human success in controlling the environment, we remain ultimately helpless against the raw power of nature.

In addiction treatment, much effort is put into control.  Counselors and rehabs try to control adults with juvenile restrictions like early bedtimes, forbidding cell-phone and computer access, not allowing candy, and often times working hard to limit any effort to think for oneself and question authority.  As is often the case when autonomy is restricted, people have been known to rebel against the tightly controlled rehab environments.  Just like the attempts to over-control people in rehabs often backfire, attempts to try to control every last detail of our own lives will ultimately backfire.

Life will throw us unexpected challenges.  If we spend most of our energy trying to prevent adversity we render ourselves largely unprepared to adapt to the inevitable adversities that lie ahead.  Many people have recently enjoyed the documentary series on Michael Jordan (The Last Dance). Those who watched the series may recall that a key piece of advice he received from his father was about the importance of turning a negative into a positive, or in other words, adapting to adversity.  When adjusting to change, in order to successfully adapt to unexpected challenges it is crucial that we exercise our capacity for creative thought and ingenuity.

When it comes to addictive problems, a primary example of focusing too much on control at the expense of adaptation is the common hyper-focus on identifying and avoiding triggers.  The simple truth is that all triggers cannot be avoided, so focusing on building up the ability to adapt and adjust so we respond to triggers in a different way is a far more fruitful endeavor than fevered avoidance.  Throughout history, although efforts to control the environment resulted in many advances that made life more comfortable, the human capacity of adjusting to change and adapting to adversity was and remains far more advantageous to our survival.  As a classic line from Jurassic Park reminded us, life finds a way, and the way is found through adaptation not control.