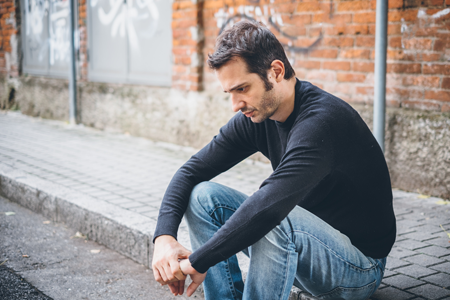 This week’s topic is the fourth installment in a series exploring lies that have permeated the recovery culture.  Thus far, lies about success, failure, and everyone in recovery being the same have been challenged.  This week’s article challenges the lie that shaming people helps them change a problematic pattern of substance use.

There is a fundamental logical fallacy to the concept that shaming people helps them change.  The reality is that people change all the time, not just when they feel down on themselves.  In fact, substances are an excellent way to achieve a temporary break from shame!  Helping people feel better about themselves is much more useful than making them feel worse.

Beyond the logical fallacy of shaming people to help them change, shaming has real and detrimental consequences in recovery.  Believing that shaming is helpful results in justification for tactics that are often harmful like confronting someone with all their mistakes, or not helping somebody so they can hit “rock bottom.”  Even our legal system buys into the lie that shaming people helps them change and uses it to justify the implementation of tactics like making people hold signs on street corners that say they are stupid (yes, this is actually being done today).

People encountering problems due to substance use usually carry feelings of shame already.  Shame that comes from a desire to appease one’s internal moral compass is more motivating than finger pointing and public shaming from others.  It is adaptive to compare what we’ve done to who we want to be, but it is harder to do that in a healthy way when people are reminding us of all the mistakes we’ve made.  When public shaming is combined with an already potent sense of internal shame, the result is usually crippling on self-worth.  Once a “bad person” belief is internalized, it becomes a self-fulfilling prophecy and one acts accordingly.

Shaming is recovery’s version of kicking someone while they’re down.  Doubling down on shame can have debilitating, even deadly results.  People who crash a car or get dumped by a significant other due to actions when intoxicated probably won’t benefit from family members turning their backs on them too.  Natural consequences are quite effective in encouraging behavior change on their own.  If people are sliding they need a branch to grab onto not water poured on them so they slide faster.  The best way to help people that are hurting is to speak to their strengths and extend a helping hand, not shame them and kick them while they’re down.