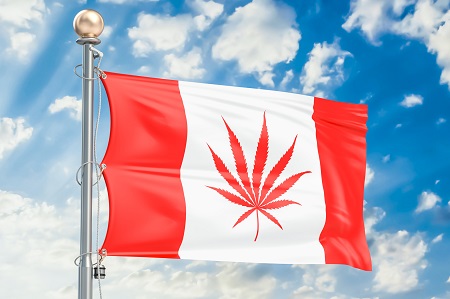 The abating cannabis prohibition was dealt a stifling blow this week as Canada became to first G7 nation to legalize the plant. President Trump recently said that he would back a bipartisan bill for federal cannabis legislation reform in the United States. The U.S. bill stops short of federal legalization, but it does protect state’s rights to determine their own laws about the plant. While the headline now is ‘Canada Legalizes Cannabis,’ it seems that a similar headline for the United States is cooking. Given President Trump’s support of cannabis reform and the legal precedent set by our northern neighbors, it is time to revisit the topic of legal cannabis and its implications for addiction and recovery.

Benefits and Risks of Cannabis

One of the most comprehensive sources on the benefits and risks of cannabis use is the 468 page report from The National Academy of Sciences, Engineering, and Medicine published in 2017.  The report analyzed 10,000 scientific studies on cannabis and found strong evidence that cannabis helps chronic pain, lessens chemotherapy-induced nausea and vomiting, and relieves symptoms of multiple sclerosis.  The report found moderate evidence that cannabis relieves sleep problems and does not increase risk of cancer.

As for concerns, there is strong evidence that cannabis use increases risk of car accidents (especially in infrequent users), increases risk of low birth weight, can trigger psychotic episodes when high potency cannabis is used daily, and smoking cannabis worsens respiratory problems.  Interestingly, in regards to high potency cannabis triggering psychotic episodes, a study in The Lancet Psychiatry found that high potency THC strains of cannabis did not increase risk of psychotic episodes when those strains also had moderate to high levels of CBD.  Moderate evidence was found that cannabis can impair learning, memory, and attention, can increase social-anxiety and depression, and increase risk for bipolar episodes in people already diagnosed with bipolar disorder.  The report also found moderate evidence for co-occurring cannabis use and substance use disorders.

Interesting Findings on Cannabis Use

Despite some of the rumors, the report from the National Academy of Sciences, Engineering, and Medicine found limited or no evidence that cannabis impairs academic performance, educational attainment, or social engagement.  The report also found limited or no evidence that cannabis helps alleviate symptoms of anxiety or PTSD.  Consistent with common understanding, limited or no evidence was found regarding a risk of death from cannabis overdose.  Regarding impact on brain development, a study published in Developmental Cognitive Neuroscience showed that while heavy cannabis use before age 16 can negatively impact growth in the prefrontal cortex, heavy cannabis use after age 16 actually accelerated brain maturation.

Perhaps the greatest immediate benefit to the slow death of cannabis prohibition is the increased ability to research the plant.  In addition to leading the way in sensible drug policy, Canada’s decision to forgo the failure of prohibition will also greatly accelerate the production of empirical investigations into the potential benefits and risks of cannabis use.  An era defined by rational thought and scientific understanding of substances rather than fear-peddling propaganda is long overdue, and Canada’s move to legalize cannabis was perhaps the biggest step taken since the United States ended alcohol prohibition.