CET: An Empowering Approach to Treatment 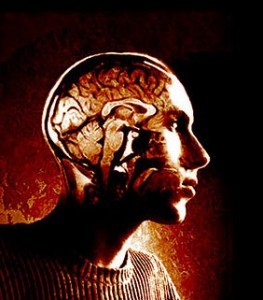 Exposure Therapy emerged in the 1950s as an intervention to treat panic-phobic disorders. Owing to the abundance of empirical support behind the intervention, Exposure Therapy (ET) has become a staple in the treatment of anxiety disorders. Building on that long track record, Cue Exposure Therapy (CET) borrows heavily from the format used in ET, but is specifically designed to treat the cravings that perpetuate substance use disorders. CET acts to de-sensitize the effect of triggers (the feel of a cold bottle, the sight of a sandwich baggie, etc.) that tend to prompt cravings. Research into CET is not nearly as robust as the literature that supports the efficacy of ET. Eventually, it’s predicted, CET will become as mainstream a practice in the field of chemical dependency as ET in the treatment of anxiety disorders.

The biochemical mechanics of a craving, as it is, are similar to those associated with anxiety and panic. Panic represents the most acute of emotional experiences, with the intensity of the emotion so overwhelming that people often feel as though they might actually die. Withdrawal is an experience that many have described as equally deathly. Those with severe addictive behaviors typically, often daily, battle withdrawal and cravings. Ask someone who has detoxed off of heroin, alcohol, or pills to detail the experience, and they will probably mention sweatiness, a pounding heart, agitation & fidgetiness, and racing thoughts – symptoms that closely mirror those associated with a panic attack.

Panic and a craving, then, can each be conceptualized as an extreme stress response, with both activating an excitable area of the brain known as the extended amygdala region. Exposure therapies, in the treatment of either anxiety or addiction, target the limbic system, a potentially volatile area of the brain that encompasses the extended amygdala. An overactive limbic system wreaks havoc on the brain, as it hijacks surrounding areas and disrupts communication across the cerebral lobes.

Mechanically, CET attempts to temper the limbic area, and improve communication across the brain. The improved communication across the brain typically enhances someone’s sense of control in managing the stress inherent in day-to-day life. It’s a loss of control that is commonly identified as a rudimentary definition of addiction. Many argue that, rediscovering a sense of control in one’s life reflects a quintessential experience in the successful treatment of addictions. CET serves to empower people to control their stress and urges to use, urges that tend to rule the day in the life of a so-called addict.