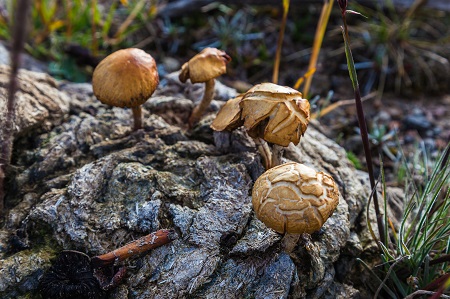 Possession of psychoactive fungus is no longer a crime in Denver, Colorado.  Denver’s decriminalization of psilocybin (the magic in magic mushrooms) is a major step forward in efforts to end the disastrous drug war, failed prohibition efforts, and the injustice of mass incarceration. Decriminalizing psilocybin is also a major step forward in advancing the use of psychedelics to improve treatment for numerous issues including anxiety, depression, PTSD, OCD, and addiction.  In light of Denver’s bold and courageous move, this week let us consider the idea that psychedelics in general, and psilocybin specifically, might advance the quality of medical and mental health care significantly.

Magic Mushrooms Have a Place in Medicine

Mushroom therapy for addiction may be a controversial idea, but that is in large part due to misinformed propaganda and antiquated ideas.  Last week we explored the ways in which drugs are good in an effort to balance out the one-sided, overly-simplistic message that drugs are bad.  Despite repressive efforts to restrict research since the Nixon-era drug panic, the evidence base for psychedelics is yet another example of some of the good things drugs offer.  Research to date shows that psilocybin produces positive results that border on the ‘too good to be true.’

Research shows that psilocybin produces a robust, acute reduction in OCD symptoms in a single administration, that psilocybin magnificently attenuates death anxiety in cancer patients, that psilocybin is far more successful in helping people quit smoking than anything else we’ve ever tried, and that psilocybin is likely superior to anti-depressants in treating depression. One would not be remiss to wonder what psilocybin doesn’t help with.  To date, thought disorders are the only contraindicated conditions for psychedelic treatments.

Interestingly, psilocybin seems to work in quite the opposite way that anti-depressants work.  Psilocybin was recently shown to increase activity in the amygdala, which is essentially the exact opposite of what anti-depressants do and turns the conventional “wisdom” about depression on its head.  Anti-depressants help avoid difficult emotions and psilocybin helps us face and work through them.  Facing problems head on and overcoming them builds confidence, self-efficacy, and boosts overall mood and well-being.  Denver decriminalizing psilocybin is an excellent step towards integrating psychedelics into mainstream treatment and making much needed improvements to the quality of professional medical and mental health care.