Disputing Irrational Beliefs & The Power of the Question 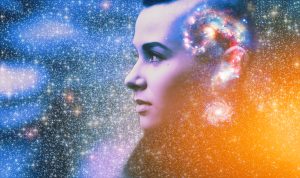 Humans are renowned for our cranial horsepower.  To maximize efficiency, our brains developed a number of shortcuts to thinking that are rarely questioned.  The discovery of the brain’s cognitive shortcuts made researcher Daniel Kahneman one of only two psychologists ever to with both the Nobel and Grawemeyer prizes, and for those interested the book Thinking Fast & Slow gives a detailed account of the cognitive cheats than can wreak havoc when they go unquestioned.  In the world of addiction, the company line continues to be notoriously under-questioned and groupthink abounds.  People who question the status quo in addiction treatment are greeted with about as much enthusiasm as a free thinker in boot camp.  But for any provider or person seeking treatment, questions are the foundation of changing our thinking, and changing our thinking is often at the heart of any lasting change.

Putting a question mark at the end of every addiction cliché is probably something worth doing.  All addicts are the same?  Recovery is for life?  Addiction is a disease?  One is too many and a thousand is never enough?  I’m powerless and I have to surrender?  There’s only one way to recover?  I can never touch a single psychoactive substance again?  I can’t drink?  I couldn’t help it?  Hmm, actually I can help it and what I’m really saying is that I wanted to and I couldn’t think of a good enough reason not to.

One of the better-known shortcuts to thinking from Kahneman’s work is the confirmation bias, where we filter-out information that contradicts our beliefs and filter-in information that supports them.  The confirmation bias is compounded nowadays by the filtering algorithms of social media that funnel us straight to click-bait that aligns with what we already believe.  If we believe that we mess everything up, or that we always fail, or that we’re stupid, we will filter out evidence to the contrary.  The power cannot be understated of pausing and asking, I mess everything up?  Doubtful.  There are examples in all of our lives of getting things right, and finding them and reminding ourselves of them is an excellent way to change the way we think and feel about ourselves, the world, and the future.