Don’t Toss Away the Serenity Prayer 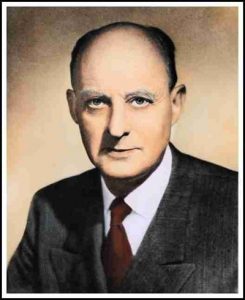 Originally posted on March 8, 2013  on the Reunion San Diego blog

For people opposed to “prayers”, AA meetings, traditional 12-step-based treatment and/or prayer in general, it’s too bad that the Serenity Prayer has been co-opted. What you probably don’t know, according to “The Secret History of the Serenity Prayer” by author Susan Cheever at TheFix.com, is that the prayer was originally conceived by theologian Reinhold Niebuhr – “not as an antidote to addiction, but as a response to the barbaric evil of Nazi Germany that threatened civilization itself during World War II.” Although some have challenged the prayer’s origins, Cheever cites Niebuhr’s original prayers as: “God give us the grace to accept with serenity the things that cannot be changed, courage to change the things that should be changed and the wisdom to distinguish the one from the other.”

The prayer’s sentiments nicely express the need to balance acceptance of things we can’t do anything about and seeking inner fortitude to alter what we can – all tempered by knowing our personal limits. In recovery, you need to balance courage to change with acceptance because if you really try rely on either one alone, it’s not productive. Some people rely more on the courage- to-change side while others rely more on the acceptance side.

At Practical Recovery, we find that many of our clients expect life to be more about what they do – that is, about taking action – rather than what happens to them. But everyone needs to find a  balance between taking action and acceptance.

What are some things you can change in your life right now?

What are some things you can accept that you cannot change, at least for now?