Drug Use Rarely Leads to Addiction 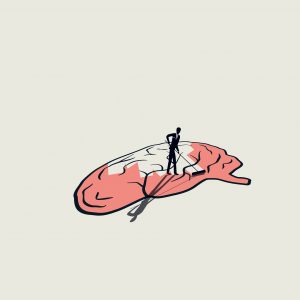 Most of us recall fondly a time when facts were facts.  No facts and alternative facts, just facts based on following the evidence even when it leads in undesirable and uncomfortable directions.  The world of addiction still awaits a time when facts rule over groupthink and personal opinion.  We at Practical Recovery continue to don a cloak of controversy for attempting to clearly state addiction facts. One of the many myths in the world of addiction is that drugs hijack the brain with chemical hooks, so one hit will likely lead to addiction.  The evidence shows clearly that most who experiment with drugs do not become addicted, so let us explore the controversial but true notion that drug use rarely leads to addiction.

If drug use often led to addiction we’d be in serious trouble because most people experiment with drugs.  If all it takes is one hit for most people to get hooked, why do most people prescribed opiate pain killers not become addicted?  Most people who try their hands in poker, or blackjack, or slot machines do not hand over their life savings to casinos.  Most people who sneak into their parents’ liquor cabinet, choke down dad’s rare bourbon, and then fill it up with water so it looks like nothing is missing don’t end up drinking a fifth of whiskey every day.  Eighty-six percent of Americans try alcohol in their lifetimes, 6% end up with alcohol use disorder and only a fraction of those 6% are severe according to DSM-5.

The prevalence rate of ADHD amongst US teenagers is nearly 10%, and many are prescribed amphetamines (e.g. adderall).  Despite our social zeitgeist of pumping kids full of amphetamines so they sit still in class rooms, studies show no difference in later substance use between teens prescribed adderall vs. teens who are not prescribed adderall.  Adderall is hardly different than methamphetamine and we dish it out to kids in droves, but our amphetamine-dosed children rarely become addicted.

An astute analysis of American surveys substantiates the claim that drug use rarely leads to addiction.  The analysis, from legendary addiction researcher Bruce Alexander, points to data showing that 41% of high school graduates reported using cocaine in their lifetime but only 1 in 400 were addicted.  Cocaine is commonly pitched as a ‘one bump and you’re addicted’ drug, but those willing to follow the evidence to formulate beliefs will find a much different picture than the one painted for us by the great misinformation campaign against drugs in the 20th century.

Many might consider the message that drug use rarely leads to addiction irresponsible, but I would argue that there are few things more irresponsible than miseducating our own people.  Lying to our children about drugs corrodes our credibility and adult opinions are quickly dismissed about drugs because, rather than murder their families with an axe, teenagers who smoke weed usually eat a bag of potato chips and laugh to the point of tears watching Rick and Morty. Teenagers see their peers drinking truly’s, smoking blunts, poppin’ bars, snorting blow, graduating from high school, going to college, and rarely becoming addicted.  The time for our societal message on drugs to match the facts and data is long overdue.