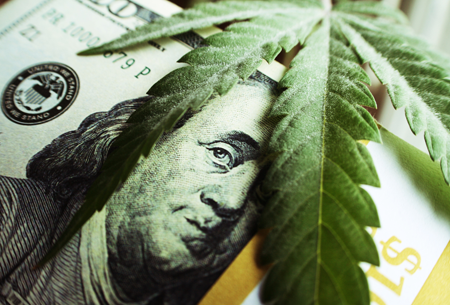 Last week we took a closer look at the constantly increasing DUI penalties in light of Washington state broadening their scope of DUI charges.  Washington’s E-DUI  laws penalize drivers for the highly dangerous use of cell phones and for relatively benign behaviors like smoking a cigarette or eating a muffin.  One aspect of the ever-expanding DUI market that we did not cover last week, however, was the added complications of cannabis DUI charges amidst the slow death of cannabis prohibition.  Even though cannabis prohibition is on its way out, a new crop of pot-related legal issues is growing in its place.

As cannabis crawls toward its much-deserved return to legality, the states already past the era of futile prohibition are doing some interesting things at the intersection of cannabis use and driving a motor vehicle.  Cannabis is detectable in our bodily fluids longer than any other substance, sometimes for months after our last use.  Because cannabis is present in our systems long after its psychoactive effects wear off, determining whether or not the operator of a motor vehicle is under the influence of cannabis at the time s/he was driving is far from hard science.

In states where cannabis was legalized cannabis DUIs are on the rise.  Cannabis DUI charges rely heavily on blood tests.  Some states have “per se” laws that use any amount of THC in the system to justifiy a DUI charge.  Other states stipulate in their per se laws that a driver is impaired if five nanograms or more of THC (the active component of cannabis) is found in a blood sample.  The problem with both approaches is that many people are susceptible to DUI charges who are totally sober and unimpaired.

The limited research that is available on cannabis blood sampling describes per se cannabis laws as “arbitrary and unsupported by science.”  For regular cannabis users, many maintain more than 5 nanograms of THC in their blood for days after their last use.  Despite the arbitrary nature of blood testing, States like Washington have seen significant spikes in cannabis DUIs (and the revenue they generate) since passing legislation to legalize the plant.

Other than arbitrary blood test results, the legal system’s other primary source of establishing DUI charges for driving under the influence of cannabis is roadside testing by a Drug Recognition “Expert” (DRE).  The admissibility of DRE testimony is continually challenged in the legal world.  In 2012, the case of the state of Maryland v. Charles David Brightful, et al, (No. K-10-04-259) established legal a precedent that drug recognition experts are “not sufficiently qualified to render an opinion,” and that DRE testimony is “not relevant.”  The case’s findings of fact stated that, “DRE Protocol fails to produce an accurate and reliable determination of whether a suspect is impaired by drugs,” that the “DRE training police officers receive does not enable DREs to accurately observe signs and symptoms of impairment,” and that DREs “are not able to reach accurate and reliable conclusions.”  The expertise of DREs is so questionable that some states don’t even allow DREs to be called experts in court.

So, cannabis DUIs are skyrocketing and the two key components of the charges are both unreliable and not supported by scientific research.  It bears repeating the point from last week that DUI charges are a permanent scarlet letter on an individual’s record.  Eventually, after paying more money to have charges expunged, basic background checks probably won’t show a DUI charge.  However, FBI background checks will forever show even the charge, not to mention the conviction, significantly limiting future career options.  While the slow death of cannabis prohibition is undeniable progress, that progress is tainted by the seedy underbelly of legislation allowing for a mass increase in DUI charges based on unfounded, unreliable pseudo-science.