The Goal of Addiction Treatment Completely Misses the Mark

The Entire Aim of Addiction Treatment is Off 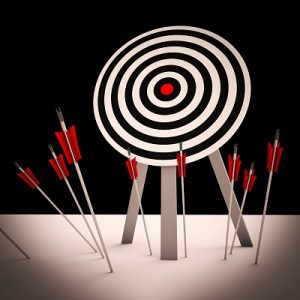 The Flawed Goals of Addiction Treatment

A goal of stopping substance use forever is problematic in two fundamental ways. The first fundamental flaw in a goal of stopping forever is that the goal is set in negative terms. Effective goals are constructed in a positive framework, which means goals are phrased in terms of what will be done rather than what will be avoided. For example, a goal set as ‘I’m not going to eat ice cream’ is set in negative terms because it focuses on what I won’t do. Whereas, a goal set as ‘I’m going to eat vegetables three times per week’ is set in positive terms because it focuses on what I will do.

The second fundamental flaw in a goal of stopping forever is that it is not timed. If a goal is set without a timeframe then our efforts and sacrifice are not reinforced by feelings of accomplishment. Even if one chooses to set a goal in negative terms like stopping, that goal would be more effective if set for a specific time frame (e.g. six months) rather than forever. After accomplishing a six-month goal of stopping, one can reevaluate and set future goals accordingly. Any goal set with a timeframe of forever means that we don’t get to experience the reinforcing benefits of achievement until the moment of death, which is kind of a bummer. A forever timeframe on our goals dilutes the experience of success that helps build and maintain motivation for change.

The field of addiction treatment would be far better served to focus its goals on positive change rather than stopping. If goals in addiction treatment focused on change, the entire spectrum of success would be broadened. Positive change could mean harm reduction accomplishments like switching from potentially lethal heroin use to non-lethal cannabis use. Positive change could mean a shift from daily consumption of hard liquor to daily consumption of wine using the Sinclair Method, or switching from methamphetamine obtained on the street to amphetamine salts prescribed by a psychiatrist. With change as a goal possibilities expand, and expanding possibilities suffocates limitations. With stopping forever as a goal people who make positive changes without stopping perfectly are treated as though they failed. People often return to old patterns of behavior precisely because addiction treatment responding to positive change as a failure does not reinforce continued efforts to change.

Effective goals are specific, measurable, agreeable, realistic, and timed (learn more about S.M.A.R.T. goals). Stopping forever is vague, often disagreeable and unrealistic, and indefinite. A goal of positive change can be measured in a number of ways, it can be defined by each individual, and it can build a sense of accomplishment that reinforces further efforts to change. It is long past due for addiction treatment to shift its aim to positive change and drop the paltry goal of stopping forever.