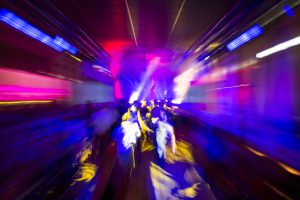 HBO’s Euphoria misses the mark when it comes to addiction, again

The latest installment of HBO’s Euphoria is chock-full of harmful addiction myths and contradicting information.  The show’s main character, Rue, is a young and intelligent woman with a history of severe trauma.  Her father died young from cancer, she was drugged and nearly raped, and she was cheated on and heartbroken by her first true love.  Like many who experience horrible trauma, Rue found solace in substances like MDMA and opiates.  Like many who find solace from trauma in substances, Rue got a bit carried away.  Like many who get a bit carried away with substances, Rue experienced some negative consequences because of her use and decided to seek help and support in an effort to change.  Sadly, like many who experience addictive problems and seek help, the help and support Rue found leaves much to be desired.  We covered the misinformation contained in the first season of HBO’s Euphoria already, now it’s time to expose the falsehoods perpetuated by the latest installment of the hit series.  Spoiler alert:  The show goes 0/2 in terms of conveying accurate information about the etiology of and effective treatment for addiction.

The help and support Rue finds comes primarily in the form of a mentor.  The mentor dumps a highly concentrated load of misinformation that rivals the sum total of addiction inaccuracies in the entire first season.  Rue’s mentor implies that any thought Rue ever has while under the influence is worthless.  To challenge the ridiculous notion that any thought while under the influence of a substance is to be disregarded one need only consult the works of humans like Beethoven, John Lennon, John Coltrane, Vincent Van Gogh, William Shakespeare, Edgar Allan Poe, Martin Luther King Jr., Ghandi, Maya Angelou, and almost the entire body of Greek philosophical thought.

Rue’s mentor argues that wellbeing starts with sobriety, but things like self-efficacy, purpose, and a breadth of quality relationships are far more foundational to well-being.  Rue’s mentor argues that balanced drug use is a lie, when there are mountains of evidence to support the notion that self-regulated ingestion of psychoactive compounds is a viable and common outcome for people who overcome addictive problems.  Rue’s mentor tells her that so-called drug addicts are selfish, weak, cruel, and destructive, tendencies that are found in all humans, just like the tendencies to be selfless, strong, compassionate, and constructive.  It is puzzling to contemplate how emphasizing identification with traits like being selfish, weak, cruel, and destructive is going to help people improve well-being more than emphasizing identification with traits like being strong, compassionate, constructive, and helpful.

Rue’s mentor offers a glaring contradiction in his presentation of the etiology of addiction.  He explains to young Rue that she struggles with addictive problems because she had a couple wires crossed in her brain when she was born, so she has a degenerative, incurable, deadly disease no different than cancer.  Never mind the fact that the scientific community remains deeply divided on the concept that addiction is a disease, the message that Rue was born with crossed wires that result in a degenerative, incurable, deadly disease no different than cancer probably doesn’t instill much hope for the possibility of change and is quite likely to erode the self-efficacy consistently shown to be a key factor in successful change.

The explanation of addiction from Rue’s mentor completely neglects her history of trauma.  Interestingly, later in the show Rue’s mentor reveals his own history of trauma, disclosing that he witnessed his father struggle with severe alcohol problems and engage in domestic violence.  He explains the etiology of addiction as the luck of the draw, just a matter of a few crossed brain wires.  Is it only coincidence than that both Rue and her mentor share a severe trauma history?  Is it simply crossed wires, or was violent behavior and alcohol consumption modeled and learned?  Explaining addictive behavior merely as the luck of the crossed wires draw means we must completely disregard social-learning theory and the consistent finding that modeling is the most effective teacher.  Given that both Rue and her mentor share traumatic backgrounds of similar intensity, the ‘dumb luck’ crossed brain wires explanation is credulous at best.

Rue’s mentor compassionately informs her that, “You’re a piece of [excrement] because you’re a drug addict.”  To date, scientific evidence does not support the notion that telling people they’re a piece of excrement is effective in motivating change. He chastises Rue for not being honest about her use, telling her to “own [it].”  One would not be heedless to wonder why Rue would want to be honest about ingesting psychoactive compounds when she is met with a response informing her that she is a selfish, weak, cruel, destructive piece of excrement with defective character who is powerless over a degenerative, incurable, deadly disease that makes her abuse her own mother.  People hide their substance use not because they are sociopathic, but because they are conditioned to hide their substance use by a society that locks them in cages for ingesting certain psychoactive compounds and labels them selfish, weak, cruel, destructive, defective, powerless pieces of excrement.

The mentor says drugs change who we are as people.  Which is it, are we born defective due to the luck of the crossed wires draw, or do drugs turn us into the ‘defective characters’ he describes as pieces of excrement?  The mentor tells Rue that the ocean can’t be her higher power.  Imposed spirituality has a uniquely destructive chapter in human history and there is no evidence to support its efficacy in improving well-being.  The mentor says there’s no force stronger than the next fix, does this include gravity?  The force at the center of a black hole?  If there’s no force stronger than the next fix, how does a weaker force motivating change result in most people overcoming addictive problems?

Buried in the rubble of addiction misinformation that is HBO’s Euphoria, one can find gems of truth about what actually helps people overcome addictive problems.  The latest of HBO’s Euphoria special does well to convey that at least one meaningful relationship is often key to change, but ideally that relationship won’t leave so much to be desired in the way of compassion and truthful information.  The show emphasizes the importance of commitment, believing in one’s ability change, and ironically, self-empowerment when Rue’s mentor tells her, “If you wanna’ make a change you can, that’s up to you.”  How that message of empowerment aligns with all the contradictory information about powerlessness and viewing oneself as a piece of excrement remains a mystery.

Rue’s mentor challenges her to look deeper when she refers to herself as a piece of excrement (never mind the consideration of where she may have gotten such an idea about herself!).  The mentor’s push for Rue to live up to her belief systems strikes at a key component of successful change – accepting mistakes and learning from them to bring actions and values closer to alignment.  He asks Rue how she wants her loved ones to remember her, an existential question that can go a long way to building and maintaining motivation to change.  He emphasizes that her mistakes are forgivable, and that self-forgiveness is a key to change.  Rue’s mentor expresses his belief in her ability to change explicitly, saying simply “I believe in you.”  If the show stuck with the accurate information conveying the importance of compassion and belief in oneself and shed all the misinformation about crossed wires, character defects, powerlessness, and the value in thinking poorly of oneself, it might have been the first accurate representation of addiction in American pop-culture.

An accurate depiction of addictive problems in mainstream media is long overdue.  Show’s like HBO’s Euphoria miss a tremendous opportunity to truly make a difference towards improving our cultural understanding of and treatment for addictive problems.  Although Euphoria’s latest installment peppers in a few nuggets of truth about overcoming addictive problems, the plethora of information contained in the show lazily falls into the trap of perpetuating the conventional “wisdom” that addictive problems are simply a case of an unlucky draw of crossed brain wires while negating the etiological factors of severe trauma and social learning that continue to be overlooked at the cost of truly helping people.  Furthermore, the harmful rhetoric of characterizing people as diseased, defective, selfish, and weak disregards the often horrific trauma and resiliency found in many who struggle with addictive problems.  As the evidence from the famed Rat Park studies suggests, the problem is not the person, the problem is the cage.  The “cage” that is our society, a society accurately depicted in HBO’s Euphoria, labels our most traumatized and vulnerable citizens as weak, defective, criminal pieces of excrement.  The time to consider some upgrades to the U.S. “cage” is more than a 1/2 century overdue.