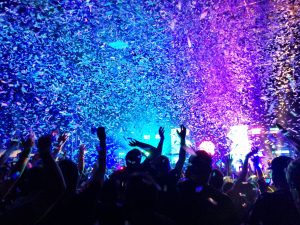 HBO’s hit television series, Euphoria, pushed the envelope on many important topics, except one – addiction.  The show depicted a biracial romance between two women, one of whom was transgender. The show offered gritty, raw depictions of sexual assault, teenage substance use, physical and emotional abuse, and abortion.  When it comes to addiction, however, the show somehow missed the memo that there are no experimental studies that unequivocally demonstrate the effectiveness of traditional addiction treatment.  Euphoria pushed boundaries on a number of important social issues, but when it comes to addiction, the show succeeded only in being yet another example of mainstream media perpetuating the harmful messages that all addicts are the same and thus, all deserve one-size-fits-all treatment.

Rue, the main character of HBO’s Euphoria, is an astute, discerning young woman who continually questions the nature of the world around her in ways that call inconsistencies and problems to the forefront.  She thinks for herself, questions authority, and comes to her own conclusions about life.  Rue’s lack of questioning of the addiction treatment party line rings as false as the success rates claimed on many rehab websites because it runs in direct contrast to her character.  The show, which otherwise carries a feel of authenticity in its depiction of young adult life in 2019, feels about as real as a romance novel when Rue is standing in NA meetings blindly drinking the powerlessness kool-aid.  It is possible that being told we’re powerless is helpful for some, but not for most, and wouldn’t we expect Rue to question it? Just because she has addictive problems she loses her normal character traits?

When Rue overdoses early in the series, she lands in a hospital and a nurse tells her mom to send her away for 30 days.  There is no discussion of medication-assisted treatment, which experts call for as the frontline defense in the opioid epidemic.  Instead, Rue checks out of her 30-day rehab, goes to NA meetings, relapses, and ultimately seeks help and wisdom from an “old-timer” in the program.  The risk of fatal overdose shortly after discharge from residential treatment is widely known and embarrassingly absent in Euphoria. The NA old-timer that becomes Rue’s mentor is a much older man, even though opposite gender mentorship is generally frowned upon in 12-step circles to avoid what is euphemistically referred to as The 13thStep. The 13th Step is a problem that AA and NA would rather avoid.  AA avoiding the topic of member safety can be seen at the end of the documentary film entitled the 13thStep, when a supervisor at AA headquarters kicks the filmmaker out of the building for asking questions about what AA is doing to protect its members.

If Euphoria wanted to push the envelope with addiction, as it did with so many other important issues, Rue would question the notion that she was powerless, defective characterologically, and that her only hope to overcome addictive problems was to surrender to God.  Rue might have decided to just smoke weed, or drink occasionally, and stay away from opiates – a much more realistic outcome for a 17-year-old.  She might have even used cannabis to help her move away from opiates, an approach gaining traction in rehabs.

The absence in HBO’s Euphoria of treatment that included discussion of medication-assisted options like methadone or suboxone, medications that greatly reduce risk of fatal overdose, was irresponsible.  Rue’s mentor, a man seemingly over twice her age, may have tried to take advantage of her, which happens more often than anyone wants to admit in unregulated 12-Step rooms with no oversight.  Instead, Euphoria took the safe route in its depiction of addiction and fell into the void of mediocrity where countless other examples of movies and tv shows go to surrender their artistic integrity and vision.