Simple Truths Still Not Accepted About Addiction: People Who Use Drugs Are Not Bad People 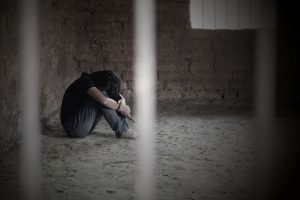 Drugs are bad, therefore, people who use drugs are bad, or so the faulty groupthink of our epoch goes.  For people who seek decency and efficacy in addiction treatment, obtaining results in the realm of positive change often feels like beating one’s head against a wall of misstatements, misinformation, and misanthropy.  First of all, if drugs were bad why are there truckloads of drugs in every hospital, grocery store, and bathroom medicine cabinet around the world?  Drugs are not bad, they are medicine, and people who take drugs are not bad, they are people in search of healing, relief, and/or growth.

Many of the most brilliant minds and important figures throughout human history loved drugs.  If people who use drugs are bad, then it’s time to cut ties with everyone who drinks alcohol.  We must distance ourselves from heinous and atrocious figures like Ghandi, who reportedly stole from his elders to finance his desire to smoke nicotine.  Martin Luther King Jr. reportedly drank and played pool so much during his undergrad days that his marks were adversely affected.  The man who many consider to be the son of God spent a good deal of time turning water into what is arguably the most dangerous drug of all, alcohol.  Who is ready to claim that Jesus was bad??

Countless examples of widely heralded people who ingested substances exist.  Socrates, and all the ancient Greeks for that matter, regularly consumed alcohol.  The word symposium itself implied social drinking in ancient Greece.  Pliny the Elder is often quoted as saying, “In wine, there is truth.”  Are we prepared to write-off all the ancient Greek philosopher’s as bad??

Maya Angelou, The Beatles, John Coltrane, Jim Morrison, Kurt Cobain, Vincent Van Gogh, Edgar Allen Poe, William Shakespeare, entire civilizations, almost every human throughout all of history used drugs, are we all bad?  Winston Churchill openly refused to moderate his drinking because he believed his people respected leaders who held their liquor, and thus he almost always had a glass of whiskey in toe and brandy and champagne with lunch and dinner.  Should Churchill be added to our list of the condemned, socially depraved, bad people who are bad because they use drugs?

In the narrow view from our own existence it can be easy to lose the broader perspective of history.  The era of ‘drugs are bad’ is nary a blip on the radar in a human history defined by the widespread embracing of using substance as an effective means of sparking deep thought, engaged conversation, communing with Gods and ancestors, healing sickness, and easing physical and emotional pain.  Some even argue that drugs were a pivotal catalyst for the evolution of the human neocortex.

Taking a broader perspective on history is reassuring for those who see through the indoctrinating groupthink of ‘drugs are bad.’  While it is more than a bit disheartening that simple truths like ‘people who use drugs aren’t bad people’ still need to be said in modern society, the totality of human history tells a much different story about drugs and people who use them.  Instead, human history reminds us of the symbiotic relationship between humans and psychoactive compounds.  Groupthink certainly has a tendency to hang on in the face of contradictory evidence, but in the long run and despite often-violent opposition, truth triumphs over the lies of mediocre minds.