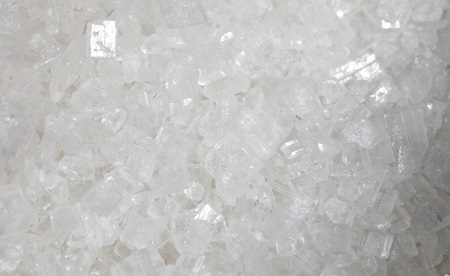 Cultural conditioning (aka brainwashing) will produce a recoiling, dismissive reaction in many to the idea that sugar not only deserves a seat at the table in the discussion of addiction, but that sugar’s rightful place at the table of addiction is on the throne of rule and dominance.  For those not interested in stepping into the muddy trenches of deconditioned thought it is probably best to cease reading here.  For those who enjoy getting their thoughts a little dirty with the stains that come from the territories outside the boxes of comfort and familiarity, let us openly consider the arguments that refined sugar addiction is the least discussed, most rampant, and most difficult to kick of all addictions.  Is sugar addictive?  Research says yes.

The Daily “Cross-fades” of Sugar

Ingestion of sugar is followed by a brief, euphoric rush, which is then often followed by depression and guilt.  Eating refined sugar primes the release of euphoric endorphins and dopamine in the nucleus accumbens in much the same way as drugs like alcohol.   Like any addiction, when the refined sugar chemical isn’t supplied people suffer identifiable withdrawal.  Sugar use often co-occurs with use of other substances.  How many adults today get, as the youth would say, ‘cross-faded’ on sugar and caffeine multiple times a day?  Others also like to toss in a third chemical, nicotine, to further intensify the effects of combining sugar and caffeine.

Strong correlations have been shown between high sugar consumption and high alcohol intake.  Indeed, spiked sugar intake is quite common amongst those trying to refrain from alcohol use.  Substitution is a highly effective method of coping with cravings, especially in the early stages of changing addictive behavior, and sugar is one of the most common substitutes for alcohol.  Sugar’s effectiveness as a substitution for alcohol is no surprise, given that similar patterns of neural activation have been shown in both addictive eating and substance use behaviors.

Alcohol’s relationship to blood glucose levels is an ongoing area of scientific investigation and results to date indicate a close relationship between the two.  The numerous parallels in neural activation associated with problematic substance use and eating behaviors are leading to increasing support to the understanding of obesity as a manifestation of addiction.  Refined sugar in particular is a common food of abuse.

It is no secret now that refined sugars are ‘hidden’ in many of the common foods we eat – bread, sauces, beverages, etc.  Even beverages marketed as health drinks are packed with sugar.  One 20oz bottle of so-called ‘vitamin water’ contains 32 grams of sugar.  The FDA recommends a daily intake of no more that 50 grams of added sugar in a 2000 calorie diet.  The average American consumes about 82 grams of added sugar every day.  One-third of Americans are obese and our sugar addiction is a major component of what researchers call “epidemics of obesity and diabetes.”  Is sugar addictive?  Soaring obesity and diabetes rates in our society, research showing that sugar activates similar neural pathways as other addictive substances, and sugar’s ubiquity in the most common foods we eat all suggest that the answer is clearly, yes, sugar is addictive.  Why then does it feel so odd to say that sugar is a addictive?

Sugar and the Cultural Doublethink about Drugs

It feels strange to say that sugar is addictive because that would fundamentally challenge the cultural doublethink about drugs.  If we acknowledge that sugar is addictive, as a society we might have to start to recognize the universality of addictive behaviors as anxiety reducing mechanisms we all employ.  Consider how we feel when the expectations of our daily routines and habits are interrupted – we feel irritable, frustrated, impatient, anxious – much like the symptoms of withdrawal.  We all have a tendency toward compulsive, habitual patterns and sugar offers an opportunity to look at how we can grow ourselves rather than projecting our fears and insecurities onto the ‘addicts out there.’

Despite our affinity for sugar, it is worth noting that sugar is entirely unnecessary to the human diet.  Prior to the arrival of industrial sugar humanity got along just fine.  In the words of Terence McKenna, refined sugar “is a kick, nothing more.”  McKenna continues, “If it seems that too much ire is vented on the sugar habit, it is because in many ways the addiction to sugar seems a distillation of all the wrongheaded attitudes that attend our thinking about drugs.”

Indeed, the cultural doublethink inherent in maintaining the separation between addictive patterns of substance use and addictive patterns of eating is quite astonishing.  To shame a so-called ‘drug addict’ is considered fine treatment but to shame an obese ‘sugar addict’ is appalling.  Consider saying, “you’re a self-absorbed drunk who needs to grow up” in comparison to “you’re a self-indulgent fatty who needs to get some discipline.”  Both are equally appalling when cultural conditioning is stripped away.

Growing Up on Sugar

We can appreciate the developmental stage set for addiction by sugar when we pause to consider the role of sugar in the lives of children.  How many of us as kids lived in a world motivated by our next sugar fix and characterized by tantrums and highs intimately bound with, respectively, cravings for and indulgences of sugar?  It is not uncommon to be annoyed by the wails of a child denied his kit-kat or butterfinger or skittle fix in the check-out aisle of a grocery store, or to be enthralled by the euphoric bliss of a child playing out the highs of a wondrous sugar rush in an imaginative front-yard fantasy.  In my personal life I knew a mother who took to satiating her child’s mood swings by filling his sippy-cup with pepsi – a technique that worked terrifically in the short-run but undoubtedly reinforced patterns of instant gratification and mood instability in the long-run.  The role of sugar in the lives of children lays a strong foundation for addictive behavior later in life.

Time for an About-Face

To acknowledge sugar as an addiction requires a cultural about-face that fundamentally challenges the mythos of addiction being an individual problem that afflicts those of a weak-minded, diseased, and morally abject constitution.  To shed the brainwashing of our culture and see the addict in ourselves is an endeavor we are far too terrified to undertake.  It remains easier, more comfortable, and safer to maintain the us-and-them delusion of addiction, for in doing so anyone whose addictive tendencies fall outside the realm of morally maligned patterns of chemical ingestion are permitted to maintain a false sense of superiority propped up by the house of cards fairytale of addiction sold by a society too petrified to take an honest look into its own shadow.